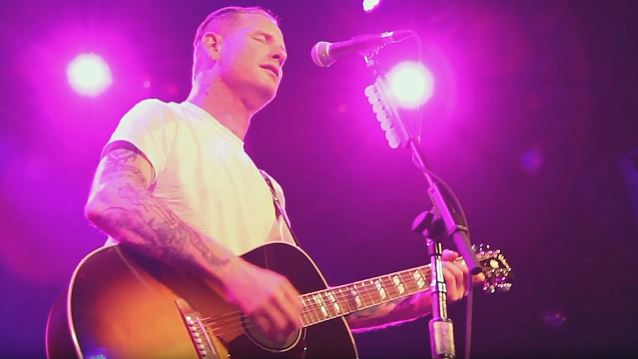 One of the most emotionally charged tributes to legendary singer, guitarist, songwriter and producer Prince on the day of his passing came from SLIPKNOT and STONE SOUR frontman Corey Taylor, who was scheduled to perform that night at the very club that Prince helped turn into a must-see mecca after featuring it in his breakthrough 1984 film "Purple Rain": Minneapolis's First Avenue. Taylor paid his respects by taking the stage and opening his show with a cover of "Purple Rain", followed by a rendition of "Little Red Corvette".

Three days later, on April 24, Taylor spoke to CNN about what Prince has meant to him and the experience of playing Prince's hometown on the very day the Grammy-winning icon was found dead.

"It was pretty heavy," Corey said. "I mean, that whole day was heavy. Waking up to that news, and then kind of putting yourself in a position to think about, you know, it's like, oh, I am playing First Avenue in Minneapolis on the day that we lost Prince, you've got just so many kind of thoughts and emotions that go through your head, especially as a fan."

Taylor said that the decision to open the concert with a couple of Prince songs was a no-brainer considering where he was performing. "My [usual] show starts completely different than that, and I was, like, you know, out of respect it has to start this way, you know? Honestly, I've sang 'Purple Rain' a hundred times in my car and but I never sat down and learned the music and I sat down and learned the music that day and literally played it once before I walked out onstage. The whole plan was to just not say a word, just start the song and let the audience know that I was with them, you know, and it seemed to set the tone."

Corey said that emotions were running high inside First Avenue while he paid tribute to Prince in the very same club the legendary artist rose to fame.

"I mean, it was very palpable," Corey said. "You could feel it. It was… Especially knowing that the audience wanted that to happen, and then when it did happen, there was such an outpouring of it. I mean, I was nervous right up until the first chorus, honestly, and when the audience really took it over. I mean, after that, it was out of my hands, thankfully, you know. And it was… it was just… it was us showing our appreciation, showing our love for him, and just trying to come together and know that he wouldn't… you know, he would have wanted us to celebrate music instead of kind of be stuck underneath it."

Asked if "Little Red Corvette" was one of his favorite Prince songs, Taylor said: "Oh, yes, '1999' was one of my favorites and I can remember the moment I set the cassette in my hands. And, you know, the cool thing about being a Prince [fan], especially, you know, growing up in the Midwest was he was from the Midwest, you know? So, for me, you kind of look at [the fact that he stayed true to his roots], and you go, you know, if he can make it out of Minneapolis with talent and work, it's, like, why can't I make it out of Des Moines with talent and with work, you know? So he was a lot of different things to me, especially, you know, just knowing that he kind of had that same passion for music that I had, and we were both kind of in the same area."

Taylor also talked about how Prince shaped the music industry and the kind of legacy he is leaving behind. "Oh, how didn't he [shape it], to be honest," Corey said. "I mean, he was one of those artists, very rare artists, that came up, kind of used the system to make the kind of music he wanted to do, even when the system kind of pushed back, you know. I mean, he was subversive to the point of he would go all the way for his art, and he did for people like me, as far as that kind of breaking ground on how labels treat us, and how you have to have a relationship that works both ways with the label, you know, which is… which is pretty big, you know? I mean, the way he shaped the system now, it's kind of a 50/50 thing as far as, you know, how artists labels work together to put music out for the fans instead of, you know, the feeling like you are… you are killing yourself for your art and not really feeling the impact. So, for me, you know, watching him go through the things that he had gone through inspired me to stick at it and stay with it and do as much as I could, you know, with the music that I had."

Prince's body was discovered on April 21 in the elevator of his Minnesota estate Paisley Park. The sheriff's office later released a statement saying they were "continuing to investigate the circumstances surrounding his death," but had no further details. Foul play and suicide are not suspected.

Prince has won seven Grammy Awards, and he won an Oscar for the original song score to the classic film "Purple Rain", in which he also starred.

He recorded some 39 studio albums, recording and touring prolifically even after a very public battle to get out of his major label contract threatened to derail his career. 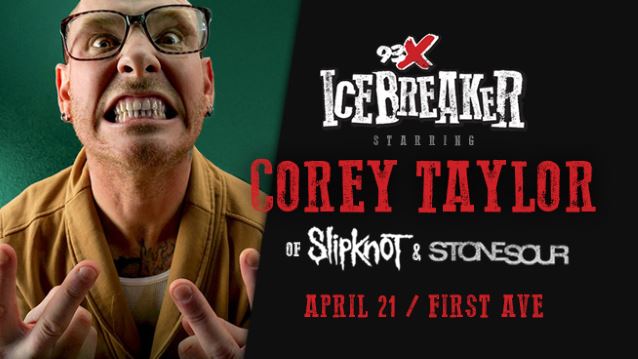