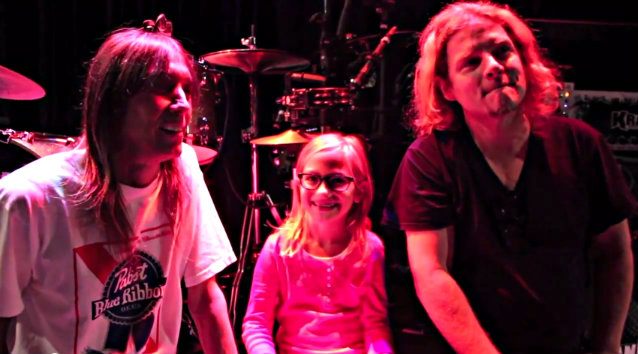 Piper of KidsInterviewBands.com conducted an interview with Jeff Keith and Frank Hannon of TESLA at the Newport Music Hall in Columbus, Ohio on August 15. You can now watch the chat below.