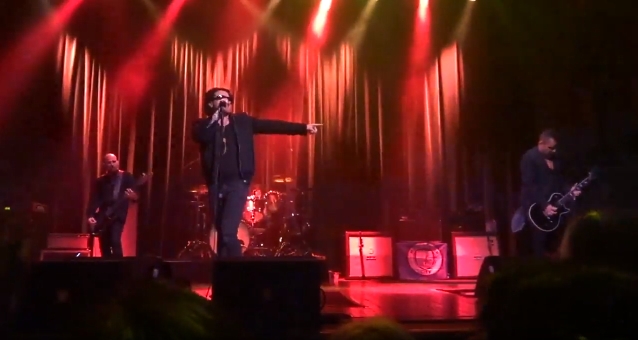 THE CULT kicked off a North American tour in celebration of the 30th anniversary of its "Sonic Temple" album Thursday night (May 2) in Houston, Texas.

The British group that's led by vocalist Ian Astbury and guitarist Billy Duffy played a setlist culled from THE CULT's 10 studio albums, with the centerpiece being a super set that's focused on the core songs from "Sonic Temple"; some of these songs had not been performed since the album (their fourth) was originally released in 1989.

The setlist for the Houston concert was as follows:

Fan-filmed video footage of last night's show can be seen below.

Each show is a gathering and celebration for THE CULT fans — an opportunity to come together for one night — an event that will be memorable for all who attend. In Los Angeles only, where Astbury and Duffy live, the band has created something extra special. The Greek Theatre will become "A Sonic Temple" on June 15 with a diverse multi-act bill that has roots in THE CULT lead singer Ian Astbury's pioneering pre-Lollapalooza festival "A Gathering Of The Tribes" (1990). PRAYERS, ZOLA JESUS and VOWWS will join headliners THE CULT.

Asked what he hopes audiences will take away from the "Sonic Temple" 30th-anniversary tour, Billy said: "I think as time has passed our music has endured fairly well. I'd like fans to not only allow themselves a little indulgence into maybe simpler happier times of the late '80s for a few hours at a 'Sonic Temple' '19 show but also be happy that the music is now really their possession, not ours, and to do with it what they will. For the most part, once an album is done, Ian and I never look back too much and let it go out there with few regrets. Let them celebrate those good times back then but not dwell in them and even more so look forward to new and different experiences in the future." 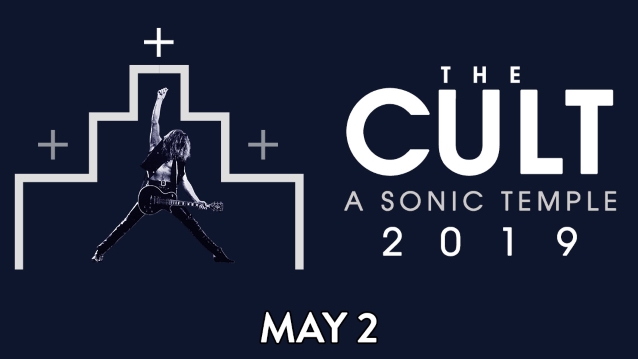