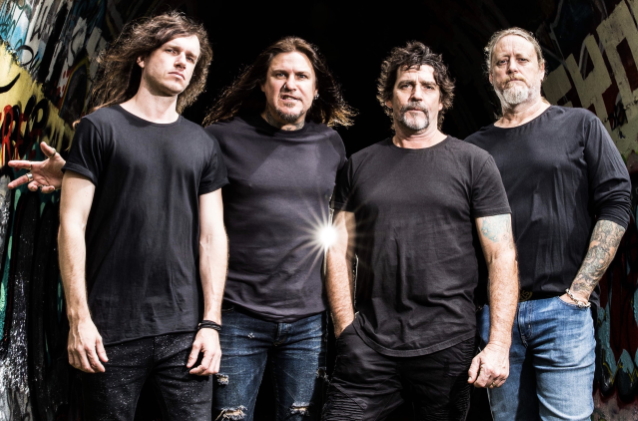 Australian rockers THE POOR will perform AC/DC's entire "Back In Black" album on tour next year to celebrate the LP's 40th anniversary.

The band, which toured the world with AC/DC back in 1996, will also play some of its own hits, including "More Wine Waiter Please", "Poison" and "Man Of War".

The "Back In Black" song "Let Me Put My Love Into You" has never been played live by AC/DC, and "Shake A Leg" was reportedly only performed once in 1980. Meanwhile, "Given The Dog A Bone" didn't make AC/DC's setlist until 2016.

THE POOR started out playing the pub circuit in Darwin nearly three decades ago. The plan was simple — hard rockin', hard drinkin, and world domination. In 1992, the band cut its debut release, the "Rude, Crude & Tattooed" EP, produced by Rick Brewster and Bob Spencer from THE ANGELS. Early 1994, Epic in the U.S. released "More Wine Waiter Please", from the band's debut album, "Who Cares". It attracted significant attention, instantly becoming the No. 1 most added track on U.S. rock radio and receiving widespread acclaim from the U.S. rock press. Australia soon followed suit with the release of "Who Cares" in June 1994. From that point, there was no stopping the band — with a ball-tearer hit single and album, the whole world wanted a piece of THE POOR. They toured relentlessly, drank hard and rocked harder.

Between 1994 and 1996, THE POOR toured the States (twice), Europe, Japan and all over Australia. During their turbulent roller-coaster ride, they scored support slots for AC/DC, THE ANGELS, KISS, SCORPIONS, ALICE IN CHAINS and VAN HALEN, just to name a few.

After relentlessly touring to support "Who Cares" and playing over 20 brand new songs to rock fans worldwide, the band realized that they had already toured the world with their second album — without actually releasing it! 1998 saw the release of the single "Simple Livin'" and with the birth of a new decade, THE POOR went into hibernation.

It wasn't until 2008 that THE POOR returned to the stage. For the first time in over 10 years, they toured Australia as special guests of U.S. metal icons W.A.S.P. Within minutes of being back on stage on the first night of the tour, those 10 years passed in the blink on an eye. THE POOR partied with many old-time fans while gaining many new fans who were witnessing their supercharged live performance for the very first time.

A reinvigorated THE POOR teamed up with Riot Entertainment in 2009 to unleash an album titled "Round 1" and play a string of sellout shows. 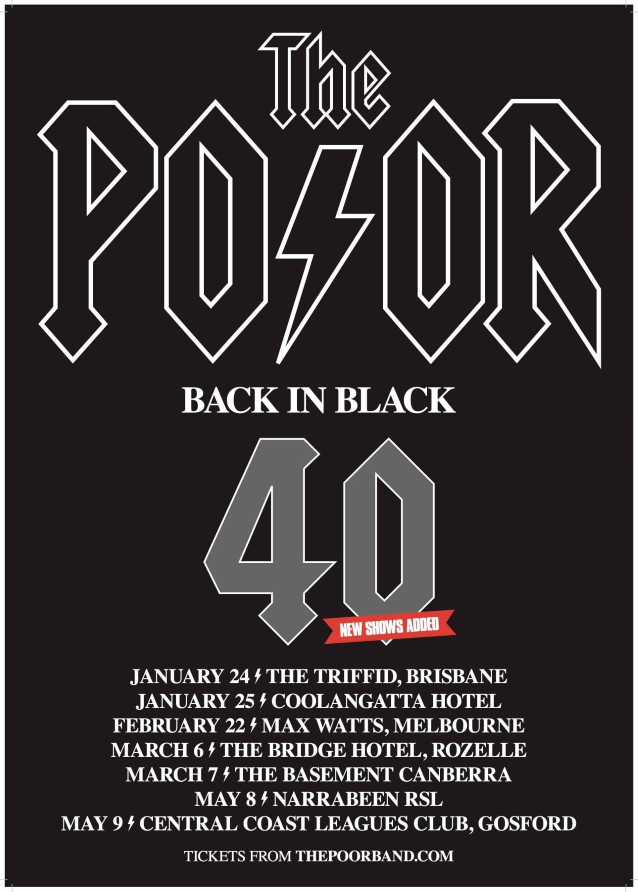