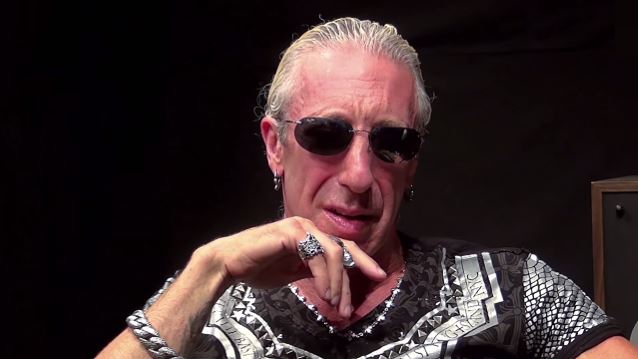 TWISTED SISTER frontman Dee Snider recently dropped by the studios of the Boom 97.3 FM radio station in Toronto, Ontario, Canada to play the band's classic song "We're Not Gonna Take It" on vinyl. Dee talked about how the song was made, how the music video came to be and revealed how the melody of the song happened with "divine intervention."

"It's become like a folk song. It's a traditional song now. It has a simple message that's applicable to everything from sports teams to politics. I even once heard about the song being used by people protesting the development of commercial property," he said.

The song's lyrics say in part "Oh you're so condescending/Your gall is never ending/We don't want nothin'/Not a thing from you."

A few years ago, Snider slammed Vice Presidential candidate Rep. Paul Ryan for using "We're Not Gonna Take It" at a political rally.