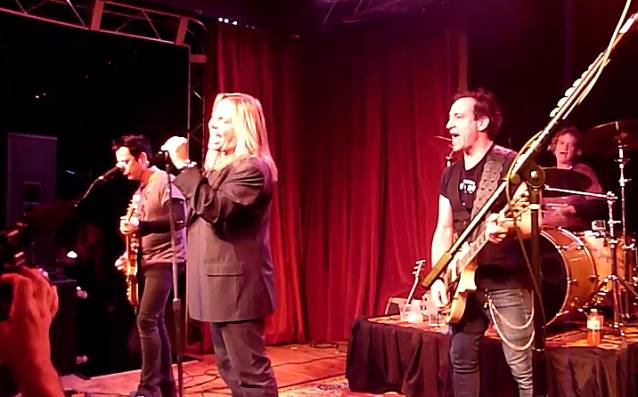 Video footage of MÖTLEY CRÜE singer Vince Neil performing a cover version of AC/DC's "Highway To Hell" with SIN CITY SINNERS at the November 9 grand opening of Vince Neil's Tatuado Eat-Drink-Party!, described as "the ultimate definition of Neil's Tatuado brand and outrageous lifestyle," in Las Vegas, Nevada, can be seen below (clip uploaded by MyndKryme).

Vince told the lifestyle program "More Access" on Las Vegas's Fox 5 television station last month that he met with the producers of NBC's "The Celebrity Apprentice" about appearing on the next season of the Donald Trump-hosted celebrity version of "The Apprentice".

MÖTLEY CRÜE returned to Las Vegas for an exclusive twelve-show engagement September 18 through October 6 at The Joint at Hard Rock Hotel & Casino.