Swedish melodic death metal pioneers AT THE GATES continue to promote their upcoming studio album, "To Drink From The Night Itself" by launching its newest single and video for the song "Daggers Of Black Haze". The clip, created by Costin Chioreanu of Twilight 13 Media (who was also in charge of the album's artwork concept), can be seen below.

AT THE GATES frontman Tomas Lindberg comments on the track as follows: "'Daggers Of Black Haze' represents the more progressive side of the new record. It has a lot of reference points to our early back catalogue, both style-wise and the emotional setting. It is desperate and urgent, but still melancholic and epic. It is conceptually one of the cornerstones of the album. Driving home the point of the need for a war on apathy and the populistic forces that takes advantage of it. This is a fight against the abyss. A beacon for the importance of real art, real forms of expression, and importance of our understanding of our mutual cultural history.

"The video was filmed by Costin Chioreanu once again, and it is full of symbolism and heavy on the conceptual side. Costin displays the war for art and the importance of standing up to the oppressive powers and paradigms with his film. It is beautiful, striking, melancholic and I am very happy to see his vision of my concept."

Chioreanu added the following about his work: "Being aware of the heavy topic in this song, I realized that making a video for it represents a mandatory mission for the art in general.

"Speaking today of the way how the ruling class guided the evolution in art and the perception upon it, the weight of the history, which is deeply buried in the artefacts’ structures and ideologies, I take this song and the means of illustrating it as a pure and genuine artistic attitude.

"In the course of time, an imposed perception projected through the manipulation of the art by those holding the power took the shape of an idol in the viewers' eyes; it became their main light, the source of the imaginary, artistic beliefs and patterns.

"The presence of the main character depicted on the newest AT THE GATES cover and artwork — Alcyoneus, the oldest hero among the giant warriors — is here as well. His bust was rebuilt for this video, but it got a new face. Now his mouth is closed and therefore, he is reduced to silence due to the new paradigms and the oppression’s influence in art. Yet this character continues to defy the primitive human nature. The snake's symbol and the eternal temptation offered by the bestial side of the self are also present here, and they work hand in hand with the new Alcyoneus's image.

"The video goes fast through different moments in the history, including the perception of art and human nature, and it employs a heavy, almost funeral type of visual tone. This time I have also decided to base all my work on a pretty sharp type of image, as sharp as the blade of the daggers. Regarding imagery, there is darkness, heaviness, hate and anger, which accede to death, primordial co-habitation and they are all enshroud with an almost political type of solemnity. The revolutionary spirit emerges through the mere existence of this video per se. At some points, short scenes depicting nature come as an invitation to a philosophic reflection on the monumental character of the art required by politics. This is how I felt this song, its lyrics and all the explanations provided by Tomas for this particular tune."

"To Drink From The Night Itself", which will be released on May 18 via Century Media. Produced with Russ Russell (NAPALM DEATH, THE HAUNTED, DIMMU BORGIR) at Parlour Studios in the U.K., the follow-up 2014's "At War With Reality" will feature conceptual artwork created by Chioreanu, who previously worked with AT THE GATES on the band's last disc.

"To Drink From The Night Itself" track listing:

Lindberg recently spoke to Decibel magazine about how the departure of longtime AT THE GATES guitarist and primary songwriter Anders Björler has affected the band's sound. "It is true that there is a big shift in the lineup," he said. "What you have to take into consideration is that Jonas Björler [bass] wrote 40 percent of both 'Slaughter Of The Soul' and 'At War With Reality'. Some people seem to forget this. They just assume that the lead guitarist is the sole songwriter. Jonas had to take a lot more responsibility this time around, but me and him have had a really great and creative time writing this album. There is a slight change of direction, maybe, but AT THE GATES fans shouldn't be worried — it is still an AT THE GATES record. If anything, it is heavier and more death metal than the last one."

Lindberg said that new AT THE GATES guitarist Jonas Stålhammar came into the band too late to be involved in the composing process for the new disc. "This one is basically Jonas [Björler] and me when it comes to the writing. All the guys have contributed in some way, but the main writing comes from Jonas and me. Most of the songs were already in the finishing stages when Jonas Stålhammar joined, so there wasn't much time for him to contribute, but we look forward to having him more involved next time around. Saying that, his solos will, of course, be written by himself." 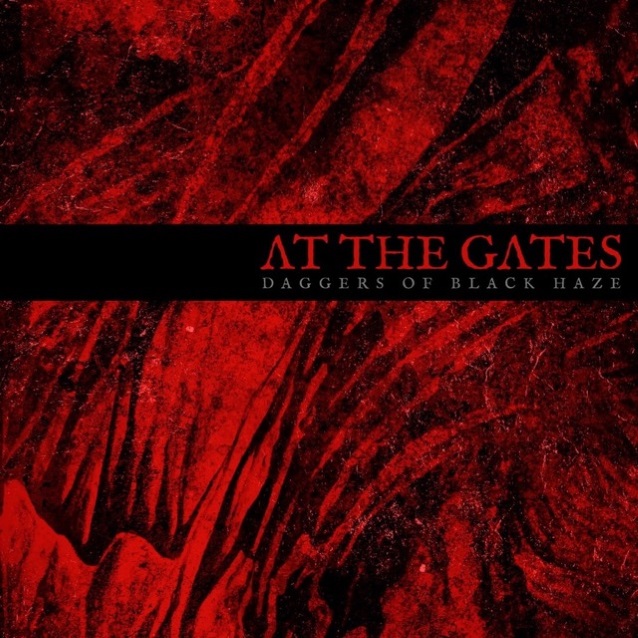 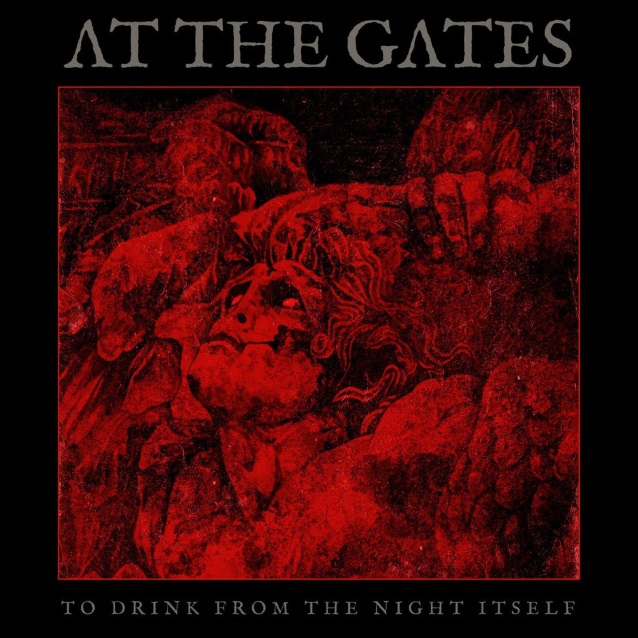