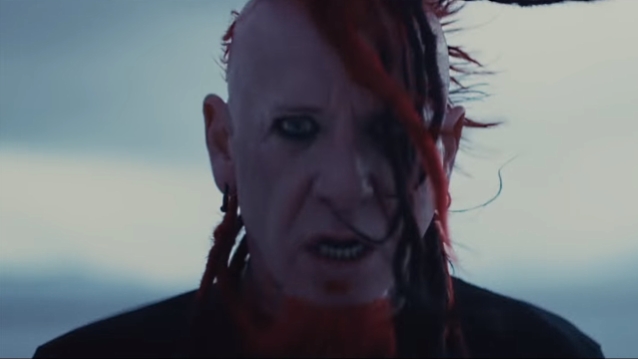 HELLYEAH's official music video for "Welcome Home", the title track of its sixth studio album, can be seen below. The clip was directed by William "Wombat" Felch and Sebastien Paquet.

"Welcome Home" will be released on September 27. The disc contains the final recordings by late HELLYEAH drummer Vinnie Paul Abbott, who died in June 2018 after laying down his drum tracks for the LP.

Gray said about Mayorga's involvement: "He's been rehearsing six hours a day for a month and a half... He's just helping us carry this torch for Vin. And that's his job. He's such a brother, though, man — he's such a beautiful human being. We had a very short list of people, and it was just, like, nobody can sit on that kit that didn't respect who Vinnie Paul [was] and vice versa. And we nailed it."

HELLYEAH will kick off an 18-city headlining tour on July 23 in Atlanta and wrap it up on August 17 with a "special celebration" in Dallas, the area where Vinnie and his late brother, "Dimebag" Darrell Abbott, spent their formative years.

Bassist Kyle Sanders stated: "While Vinnie Paul is obviously irreplaceable, one thing we can't not do is tour. As easy as it would be to say we're not going on the road, we have to. Vinnie would be extremely disappointed in us if we didn't promote this record properly. He'd be pissed off at all of us... and we know that."