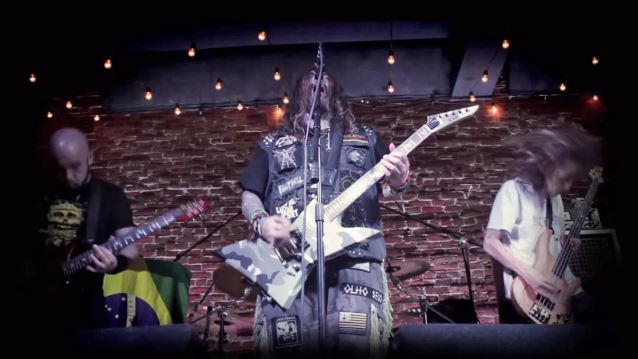 The official video for "Archangel", the title track of the tenth studio album from SOULFLY, can be seen below. The clip was directed by Robert Sexton, who has previously worked with HELLYEAH, DEATH ANGEL, THE DWARVES and THE DEVIL WEARS PRADA, among others.

Commented SOULFLY mainman Max Cavalera: "I woke up this morning and I saw the charts for 'Archangel' worldwide and I was very happy. I want to thank all of the tribe and everyone at Nuclear Blast for supporting this record, and making all the hard work meaningful. I would also like to thank Matt Hyde for the great production and Eliran Kantor for the killer artwork. Can't wait to see the tribe on tour!"