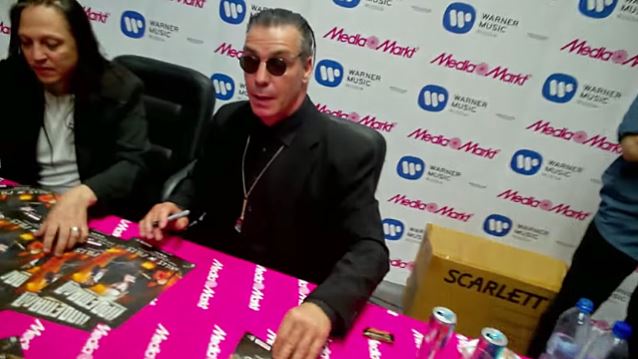 Hundreds of avid RAMMSTEIN fans gathered outside AviaPark's MediaMarkt in the centre of Moscow, Russia on Tuesday, June 23 in the hope of meeting the members of the all-new German/Swedish industrial metal supergroup LINDEMANN, a collaboration between RAMMSTEIN frontman Till Lindemann and producer and multi-instrumentalist Peter Tägtgren (HYPOCRISY, PAIN). With excitement running high, security was forced to intervene and maintain order as some fans attempted to storm the queue. Check out a video report from Ruptly TV below.