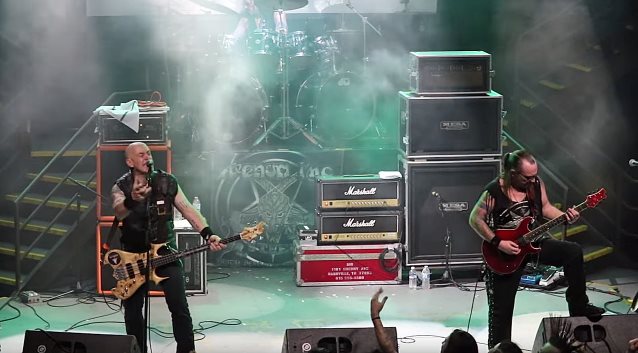 In a 2015 interview with Canada's The Metal Voice, Dunn stated about how VENOM bassist/vocalist Conrad "Cronos" Lant feels about VENOM INC.'s existence and whether he has tried to stop VENOM INC. from using the "VENOM" name: "I don't know [how he feels about it]. And at the end of the day, [our band's full name is] VENOM INC. – IRON & STEEL. The fans know who he is, the fans know who we are. In this band, you have the two founder members of [VENOM]."

He continued: "I don't wanna get into this whole political thing, but every band who's got a frontman who is iconic, [the fans] look at the frontman as 'that's the band.' Not true. [Cronos] was the last person to join VENOM — at my invitation. I met him at a girlfriend's friend's house. And we needed a rhythm guitarist — that's what we needed. We didn't need a vocalist; we had a vocalist. We needed a rhythm guitarist, because our rhythm guitarist had left. Essentially, we were, what? Two guitars, bass, drums and vocals — so we were a five-piece in the initial stages. So the rhythm guitarist left. I met this guy. I'd never met him before. He said he was a guitarist; he had long hair; he was into metal; he worked at Impulse Studios owned by David Wood, founder of] Neat Records. I had been there and walked out with my tail between my legs, because, at that point, me and the other guys who I had around in the band, we couldn't afford to do a demo. So it was, like, 'Hmm, that might be an inroad.' So he was invited to a rehearsal, he came in as a rhythm guitarist, and the bass player left, as bands do. By default, he took over bass, and then I wrote 'Live Like An Angel (Die Like A Devil)'. And the idea for that song was… I said to him, 'Can you sing?' And he was, like, 'I'll give it a go.' So the idea was that Clive Archer, our original singer, was gonna go off stage and do a costume change and come back on for 'Shizo'."

Dunn added: "A lot of these songs were written before he joined the band. And this is what people don't realize… And the other thing that people don't realize is… I'll say this. In 2005, my mother was seriously ill and I lost her… I lost my mother at the end of that year. My mind wasn't on music, it wasn't on fucking a band's name or anything like that. And I had already made my exit. Those things went on, and I was, like, 'That's it.' And [Cronos] called me. It was something to do with a license coming back for an album, which we were then gonna pass to Sanctuary Records. And I was just, like, 'My mind isn't on this. It's gotta be on family. And I don't care. I really don't care what happens with this fucking album. Put it wherever the hell you want.' And it was during the course of that conversation [that] he said, 'Are you okay with me continuing VENOM?' [And I said], 'Yeah.' Is it a decision I regret? Yes. Because, looking back, if my head had been right, if my head had been screwed on at that point, I would have said, 'I think we should just bury it now.'"

Asked whether Cronos has a possible legal case in wanting to stop VENOM INC. from using the VENOM name, Bray said: "No. The only thing he's got, if we have a legal argument about it, is the recent longevity. He's got [a period of several years] where he's been putting [stuff out and playing shows], so people know that's VENOM. And that's fair enough; we're not disputing that. None of us are disputing that. But we're saying is we have got what we've got and everybody knows what it's about and everybody understands it. And when we said, 'Let's call it IRON & STEEL,' everybody went, 'But you're VENOM. You're VENOM.' Everybody else said it. And we went, 'It's really nice to hear.'"

The classic lineup of VENOM — Lant, Dunn and Bray — is often credited with kickstarting the whole black metal movement, but is more accurately seen an early example of extreme metal. 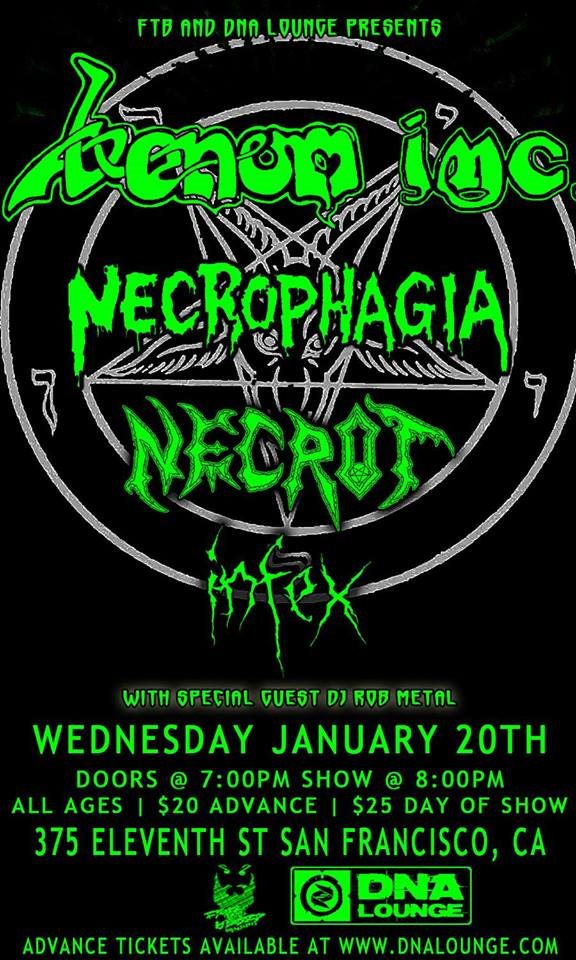