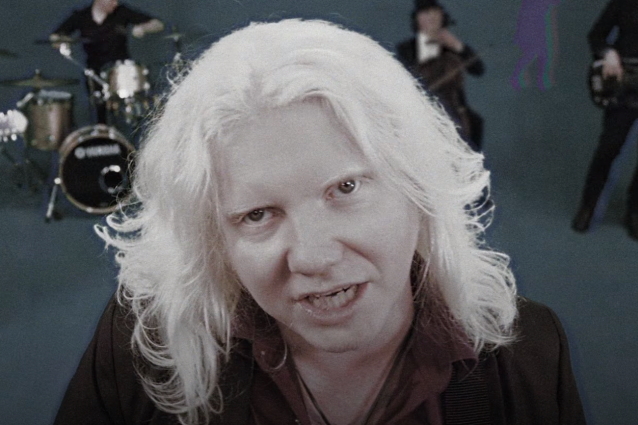 Kalen stated about the track: "'Let Them Come' started last year in Nashville when I was tinkering around on my guitar. I tuned my guitar down really low until I got this cello-like sound and my brother Nick Morris — whom I collaborate with a lot — went, 'What is that?' to which I responded, 'I don't know, but I think it's good…' So, the riff for 'Let Them Come' happened first, and immediately I thought it had to have a chant. I started humming and eventually that turned into 'say bye bye to the old ways, old ways.' The entire song came from this and we pieced it together like Frankenstein.

"The whole concept for 'Let Them Come' is that there's the young, the old, the new; there are inherent rights and wrongs, but time is always changing. We're always evolving, but the one constant is that we're all mostly ridiculous. Life can be pretty comical. If an army of youth and reason tramples us all and we're all turned to dust, it will still be hilarious. So 'Let Them Come': don't take life so seriously. It's about poking fun at, and honoring, everyone."

Chase is a rare breed. Born in Southern California and growing up in Washington state until his dream of becoming a lumberjack were dashed to the ground, this singer, songwriter, guitar-player, and producer has toured the world with several major performing acts.

In 2006, Kalen joined KORN on tour, primarily on backing vocals, and can be heard and seen in the "MTV Unplugged (Live)" release in 2007 where he was featured playing an exotic array of instruments. He remained with KORN — often seen as The White Rabbit — until 2008.

Now, Kalen has embarked on a new path, building upon his singer-songwriter roots, hard rock persona, and production experience to create a sound of his own.