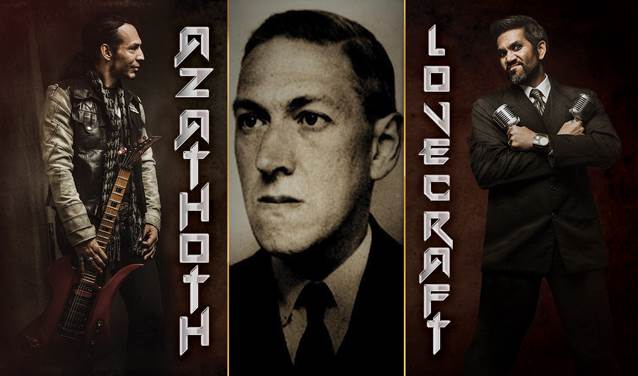 Dreams In The Witch House has announced a July 18 release date for "Azathoth 1922 (Featuring Douglas Blair)" at San Diego's Comic-Con International. In a unique fusion of progressive rock and cosmic horror, W.A.S.P. guitarist Douglas Blair teams up with actor Mike Dalager (2013's "Star Trek Into Darkness" and 2005's "Day Of The Dead 2") to bring H.P. Lovecraft's tale of shadow and turmoil to life. With the application of Fractal Audio Axe-Fx, Blair's innovative interpretation of narrative elements from the story create a tension and tone to prose passages such as "There came to that room wild streams of violet midnight glittering with dust of gold." Prolific horror writer Stephen King has deemed Lovecraft "the greatest practitioner of American horror." Blair has sonically sculpted that horror into sounds from beyond.

The track is a co-production between Blair and Platform West, the studio behind the 2013 rock opera concept album "Dreams In The Witch House: A Lovecraftian Rock Opera". The production also utilized session guitarist Stephen Costantino, whose past work includes collaborations with producer Brent "Epic" Mazur (CRAZY TOWN). Costantino is also widely known as the Gamorrean Guard on Jabba The Hutt's barge in "Return Of The Jedi" (1983). The track also features multi-instrumentalist Anders Fransson on percussion, who toured as a guitarist for Mac Davis, writer of the iconic Elvis Presley hits "A Little Less Conversation" and "In The Ghetto".

"Azathoth 1922 (Featuring Douglas Blair)" will be sold as a limited-edition graphic-metal-poster-plus CD combo at the Sigh Co Graphics booth #523 at Comic-Con International (July 18 to July 22), featuring album art by Peruvian digital artist Mohloco. The track will also be available in all download and streaming formats.

Blair's next round of W.A.S.P. performances begin next month, with stops in Romania, Spain and Germany. 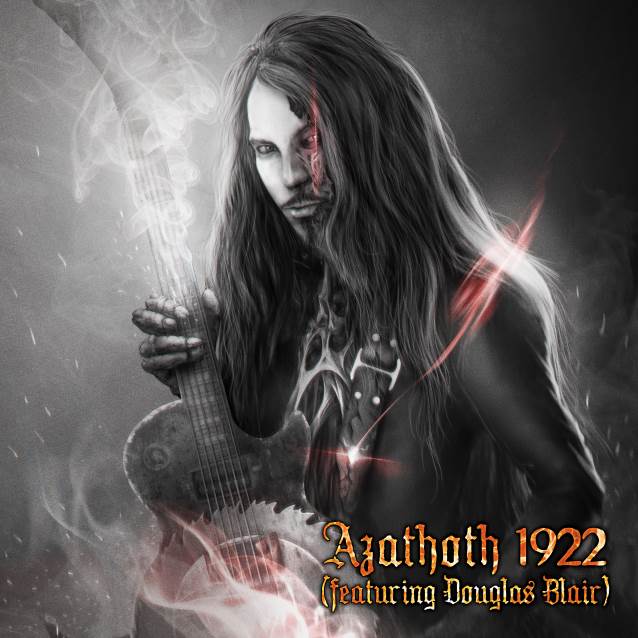