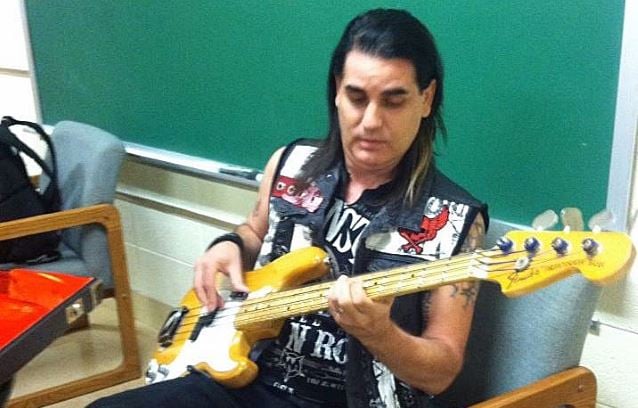 In a brand new interview with Metal Sludge, WARRANT bassist Jerry Dixon spoke about the tragic passing of the band's former frontman Jani Lane, who suffered from "acute ethanol poisoning" when he died in August 2011 at a Comfort Inn motel room in Woodland Hills, California. The singer had battled alcoholism for years and also had a history of alcohol-related arrests.

He continued: "It was brutal to see someone go through something like that and not be able to help him or for him to change his ways. It was frustrating not being able to fix it, that path to destruction. We would point him in the right direction, but it would last just a short period. It was ugly. It was ugly to see him forget the words on stage. Basically, it was like he wasn't really there, and he ended up quitting."

Dixon added: "We had all gotten back together [in 2008] with good intentions. He was back from rehab. It was all there for him with sober coaches on the road to help battle his demons, and that just didn't seem to work. The whole thing just sucked. To play music together, to be a friend and like a family member, to see someone in that addicted state, that's brutal."