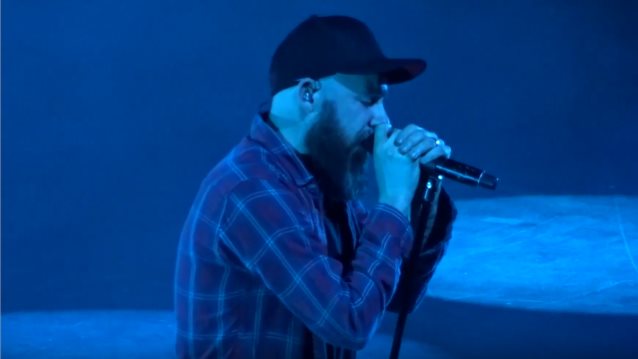 Fan-filmed video footage of IN FLAMES' entire April 5 performance at Stadium in Moscow, Russia can be seen below.

IN FLAMES drummer Daniel Svensson announced in 2015 that he was leaving the band to focus on his family life. He has since been replaced by Joe Rickard, who played on the group's latest album, "Battles", as a session musician.

More recently, bassist Peter Iwers issued a statement in November saying that he was leaving IN FLAMES at the end of the recent U.S. tour "to pursue other endeavors." His replacement is Håkan Skoger, who has previously played with PASSENGER and GARDENIAN.

"Battles" was released last November via Nuclear Blast in all territories excluding North America and Scandinavia and Eleven Seven Music Group in the U.S. The CD was recorded in Los Angeles with Grammy-nominated producer Howard Benson, who has previously worked with MOTÖRHEAD, BODY COUNT and SEPULTURA, among others.

Asked how he landed the drummer gig in IN FLAMES, Joe told Grasser Production: "[I was] probably [in the] right place at the right time. I had taken a little break from touring for a while and I was doing a lot of session work and studio work and things like that. And so it was just a normal thing for me to come in and do a drum session for a band. And so Howard Benson hired me to work on the album, play drums on the album, things like that. So, for me, it was just another project. Obviously, I was excited about it, but it was just another thing. So I had no idea that they were wanting to hire an American to be in the band and that they would be interested in me. I just did my best and had fun making the abum, and we had a great time while they were there. There was tons of barbecue and VAN HALEN; that's basically what they did the whole time. And so it was very unexpected when they asked me if I would wanna do it. And, of course, you say 'yes' when IN FLAMES ask you to be their drummer. You don't really say 'no' to that. I should have said 'no' to mess with them though." 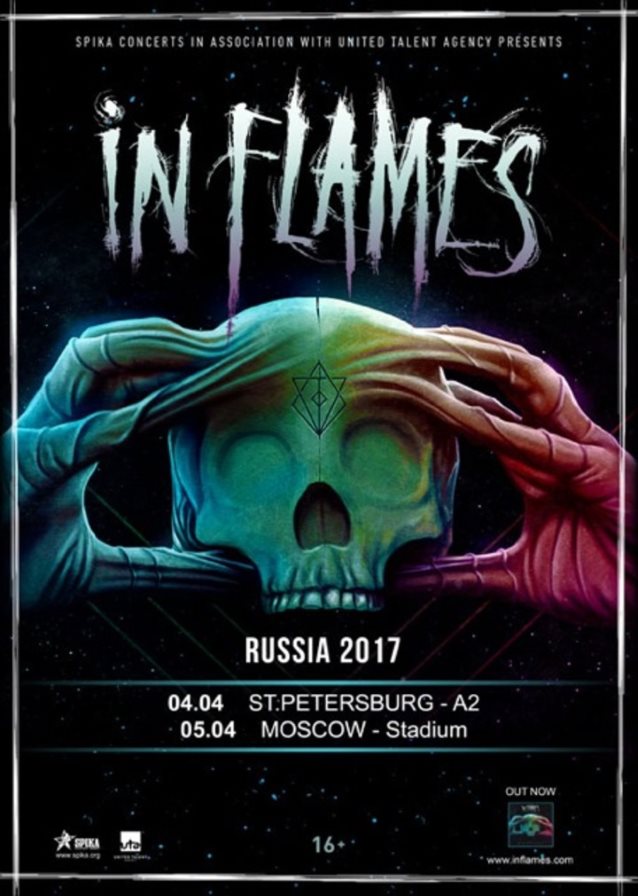