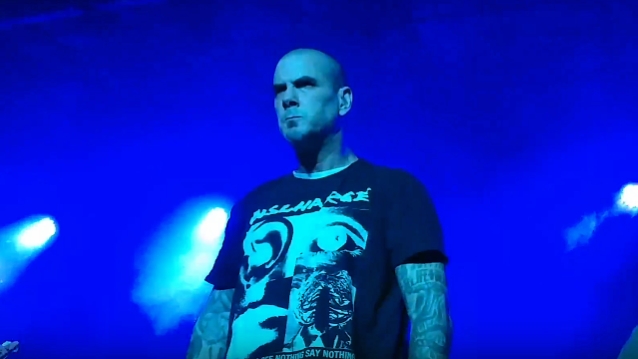 Fan-filmed video footage of PHILIP H. ANSELMO & THE ILLEGALS, the project led by the former PANTERA and current DOWN/SUPERJOINT frontman, performing a medley of classic PANTERA songs on September 7 at The Rock Box in San Antonio, Texas can be seen below. The medley consisted of the tracks "Death Rattle", "Domination" and "Hollow".

PHILIP H. ANSELMO & THE ILLEGALS' current U.S. tour marks the band's first run of dates since a video message from the Anselmo was played at the public memorial for ex-PANTERA drummer Vinnie Paul Abbott. It was the first time the singer had publicly commented on his former bandmate's death. 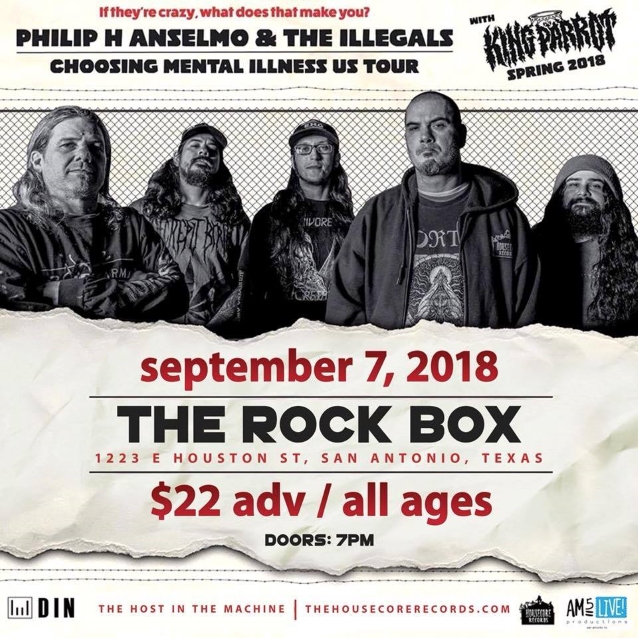