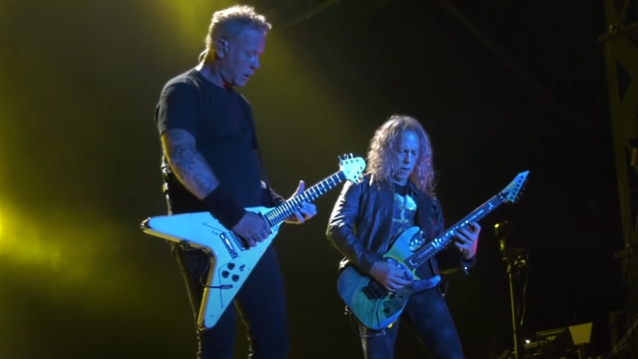 METALLICA played its classic self-titled album, commonly known as "The Black Album," in its entirety during its headline set on September 26 at Louder Than Life festival in Louisville, Kentucky.

METALLICA performed the LP as part of its second headline set of the weekend at Louder Than Life, which hosted tens of thousands of people at the Kentucky Exposition Center.

After opening with three non-"Black Album" songs — "Hardwired", "The Four Horsemen" and "Welcome Home (Sanitarium)" — METALLICA performed the album's closing track, "The Struggle Within", and went through the entire LP in reverse order, finishing the main set with album opener "Enter Sandman". The band then returned for a two-song encore consisting of "Blackened" and "Creeping Death".

For its first show on September 24, METALLICA played a 16-song set that spanned its entire catalog, including "Whiplash", "Harvester Of Sorrow", "The Memory Remains", "Master Of Puppets", "Battery", "Fuel" and "Seek & Destroy".

METALLICA's setlist for Sunday, September 26 at Louder Than Life festival at the Kentucky Exposition Center in Louisville, Kentucky:

Professionally filmed video footage of METALLICA's "My Friend Of Misery" performance from the September 26 concert can be seen below.

The Black Album is one of the most commercially successful and critically acclaimed records of all time. Its 1991 release not only gave METALLICA its first No. 1 album in no fewer than 10 countries, including a four-week run at No. 1 in the U.S., its unrelenting series of singles — "Enter Sandman", "The Unforgiven", "Nothing Else Matters", "Wherever I May Roam" and "Sad But True" — fueled the band's rise to stadium headlining, radio and MTV dominating household name status. The album's reception from the press was similarly charged, building over the years from the top 10 of the 1991 Village Voice Pazz & Jop national critics poll to becoming a constant presence in the likes of Rolling Stone's 500 Greatest Albums Of All Time. The album's impact and relevance continue to grow — as proven by one indisputable fact: The Black Album remains unchallenged as the best-selling album in the history of Nielsen SoundScan, outselling every release in every genre over the past 30 years.

To commemorate its 30th anniversary, the Grammy-winning, 16-times-platinum-certified Black Album received its definitive re-release on September 10 via the band's own Blackened Recordings.

"Metallica" was the first of four collaborations with producer Bob Rock, with whom the band clashed throughout the recording of the disc.

METALLICA previously performed The Black Album in its entirety at a number of European festivals in 2012. 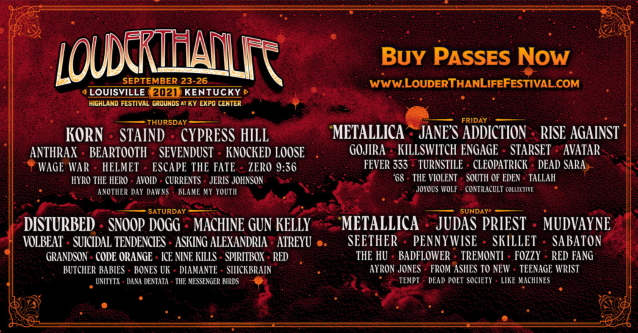