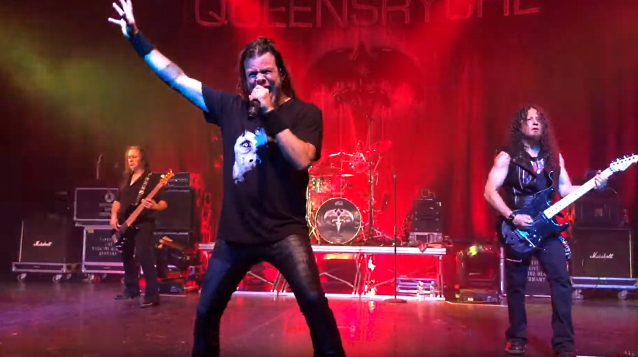 Fan-filmed video footage of QUEENSRŸCHE's July 28 concert at Kino Šiška in Ljubljana, Slovenia can be seen below.

QUEENSRŸCHE is continuing to tour in support of its latest album, "The Verdict", which was released in March via Century Media Records. The disc was produced, mixed, and mastered by Chris "Zeuss" Harris (ROB ZOMBIE, ICED EARTH, HATEBREED) at Uberbeatz in Lynwood, Washington; Planet-Z in Wilbraham, Massachusetts; and Watershed Studio in Seattle, Washington.

For the past two years, drummer Scott Rockenfield has been taking time off from QUEENSRŸCHE's touring activities to spend time with his young son, who was born in early 2017. Filling in for him is former KAMELOT drummer Casey Grillo.

La Torre, who has played drums since the age of 13, laid down the drum tracks on "The Verdict".

Wilton told Guitar World about "The Verdict": "We wanted a harder edge on this album. Our fans expect it from us. 'The Verdict' has all the elements of our style — hard rock, progressive and metal. It's all there. We've rebuilt the band, and more of our fans are seeing and hearing us. We lost our chemistry with Tate and have moved on happily without him. When [Chris] DeGarmo [guitar] left the band, we weren't writing as a band anymore. Now we are creating music as we did during our early days, and firing on all cylinders."

Added Lundgren: "We pushed the envelope on this album. We wanted to bring a progressive element into the heaviness of whatever song we are playing. We're all very proud of how exciting and hard rocking the album turned out, and I think our fans, both old and new, will enjoy it very much." 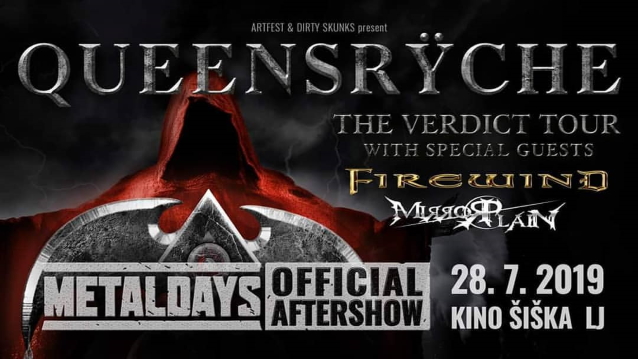