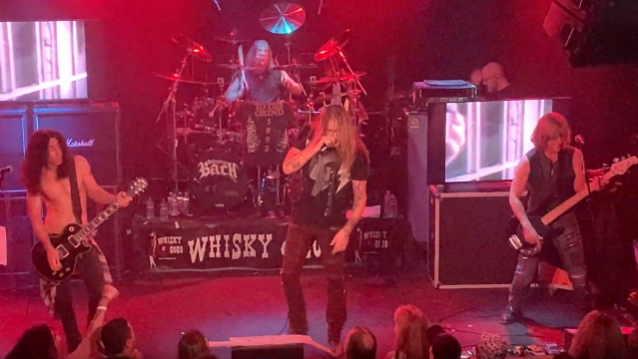 Fan-filmed video footage of Sebastian Bach performing SKID ROW's entire "Slave To The Grind" album on October 12 at the Whisky A Go Go in West Hollywood, California can be seen below.

The setlist for the concert was as follows:

The night before (Friday, October 11), Bach performed SKID ROW's first album from top to bottom at the same venue (Whisky A Go Go).

Bach kicked off his tour celebrating the 30th anniversary of SKID ROW's self-titled debut album on August 29 at the Cannery Ballroom in Nashville, Tennessee.

In June, Bach issued an "open invitation" to the other members of SKID ROW's classic lineup to "get onstage and jam" during the vocalist's current tour. A few days later, during an interview with Finland's Kaaos TV, guitarist Dave "Snake" Sabo confirmed that he would not accept Bach's latest overture. "I'm working with my band," he said. "This is SKID ROW, and this is what I do."

Drummer Rob Affuso — who left SKID ROW in 1998 and claims to be "the only former member that keeps in contact with all former SKID ROW bandmates and is still good friends with them all" — subsequently joined Bach on September 25 at Sony Hall in New York City to play the band's classic song "Makin' A Mess". 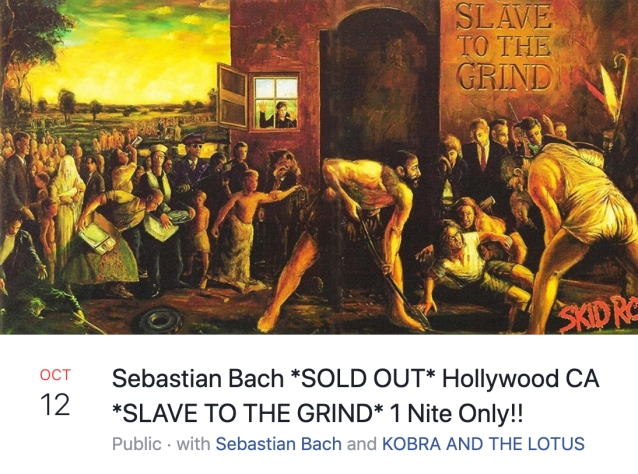