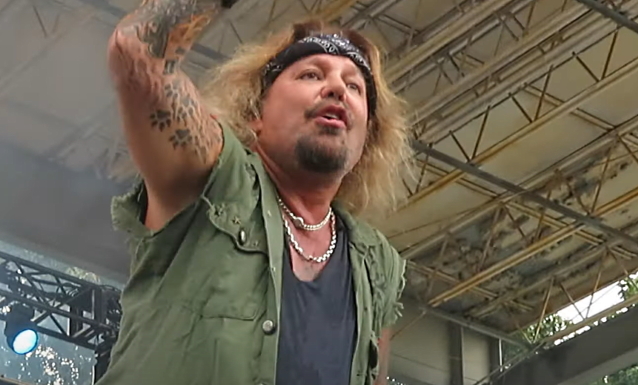 Last month, Vince revealed that he was trying out a new toning machine in an apparent effort to get in shape for MÖTLEY CRÜE's upcoming "The Stadium Tour". The singer said he was using Emsculpt Neo, a revolutionary new treatment which supposedly builds muscle and reduces fat using both radio frequency and high-intensity electromagnetic energies.

Four months ago, Neil made headlines when he struggled to complete his solo concert at the Boone Iowa River Valley Festival in Boone. Based on fan-filmed video footage of the May 29 gig posted on YouTube, the 60-year-old rocker, who hadn't performed in more than a year and a half due to the COVID-19 pandemic, began losing his voice several songs into his set, which consisted exclusively of CRÜE classics and cover songs previously recorded by the band.

Earlier this month, MÖTLEY CRÜE bassist Nikki Sixx told Yahoo! Entertainment that Vince "has this amazing, unique voice — sometimes like Robert Plant, Perry Farrell… They have these interesting voices that are… they're not pitchy; they're just raw and just kind of on top. I always loved that about Vince's voice, and I would write for Vince." He added: "Vince will tell you, 'Nikki wrote all those lyrics for me.' I did. I gave him stuff. I understand his voice so much."

Sixx also speculated how different CRÜE would have sounded if it was fronted by a vocalist with a bluesier tone.

"I got lucky," he said. "I got a guy with a really different voice. Imagine if he was a bluesy singer — if he was a David Coverdale? I love David; I love his voice. Or Glenn Hughes. [They are] some of my favorite people and favorite musicians… Could he deliver 'Bastard'? Could he deliver 'Dropping Like Flies'? Could he deliver 'Generation Swine'? I don't know, I'll never know. But I do love that about MÖTLEY CRÜE that we kind of four individually… I don't know. It's almost like we don't belong together. We're all so weird and different and it makes for some really interesting magic."

Vince Neil is back! Smoking! 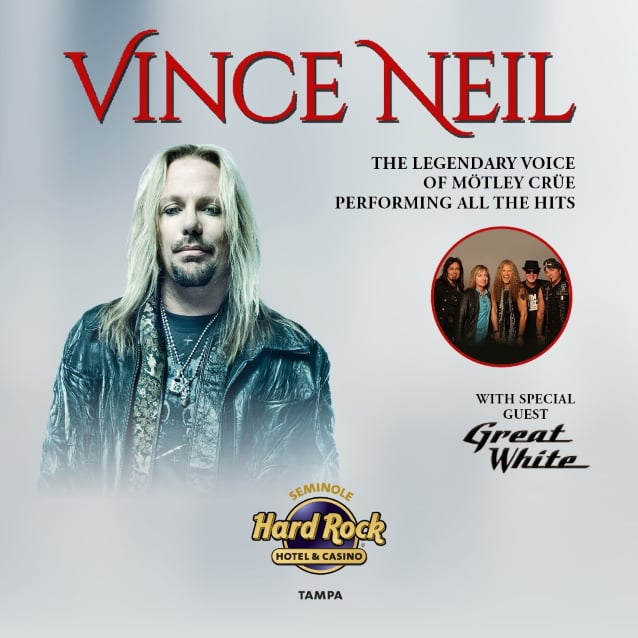