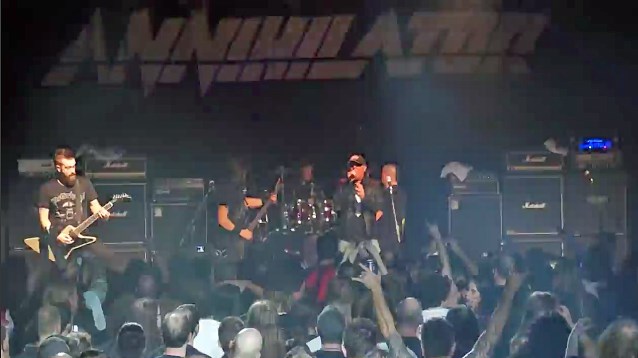 ANNIHILATOR mastermind Jeff Waters invited the band's former vocalist, Coburn Pharr, to feature in their performances when the 70000 Tons Of Metal cruise sailed to Jamaica last week. Pharr was lead vocalist on ANNIHILATOR's critically acclaimed and best-selling 1990 release "Never, Neverland", which includes classics such as "Road To Ruin", "I Am In Command", "Reduced To Ash" and "Phantasmagoria".

Fan-filmed video footage of Pharr's appearance with ANNIHILATOR on 70000 Tons Of Metal can be seen below.

Waters commented: "Seeing as how it is the 25th anniversary of my favorite ANNIHILATOR album, I thought it would be a lot of fun to invite Coburn with us to perform some of the songs he was a part of."