Lesser Gods has announced the release of the first fully authorized biography of Paul "H.R." Hudson, one of rock's most enigmatic, mysterious and troubled lead singers, who founded and fronted the seminal punk/hardcore band and Rock And Roll Hall Of Fame nominees BAD BRAINS.

The book, called "Finding Joseph I: An Oral History Of H.R. From Bad Brains", is a thoroughly uncensored roller-coaster ride through a riotous, tumultuous and utterly singular life and career. The 272-page gripping story features interviews with H.R., his bandmates past and present, friends and those he has influenced and inspired. The pages are filled with commentary and stories from artists, writers and musicians, including MINOR THREAT/FUGAZI's Ian MacKaye, GUNS N' ROSES' Duff McKagan and LIVING COLOUR's Corey Glover and Vernon Reid, plus members of SUBLIME, THE ROOTS, CRO-MAGS, FISHBONE, THE WAILERS, CIRCLE JERKS, MURPHY'S LAW, 311, DEFTONES and many more.

Packed with many rare and never-before-seen images, "Finding Joseph I" is the definitive account of this punk rock icon. H.R.'s journey has been riddled with unprecedented volatility: drugs, violence, disappearances and a debilitating mental illness. The disorder was so powerful and the suffering so severe that it's difficult to fathom how he even survived.

Co-author Howie Abrams says: "H.R. is a once-in-a-lifetime talent and individual. I know I feel fortunate to have experienced his greatness, let alone be blessed with the trust to represent his story in book form."

Adds DEFTONES singer Chino Moreno: "When I first saw him perform, I was just blown away as far as the passion he had as a singer and a human being. When I met him, I was perplexed by who he was. He's definitely his own being."

States CRO-MAGS frontman John Joseph: "After seeing H.R. that first time, he could have had me worshiping Cocoa Puffs. I would have done it. His example, and the message behind the lyrics — revolution, spiritual revolution, consciousness, positive mental attitude — was like some mystic punk and harder than all the rest. Nobody could fuckin' touch him."

The book is a companion to the documentary film from James Lathos (co-author), "Finding Joseph I", which puts into moving picture form many of the stories from the book. The film will debut at London's Doc And Roll Film Festival on November 10, and the book will be available in January 2017.

"Finding Joseph I" will be available from Amazon, Barnes & Noble and wherever books are sold. 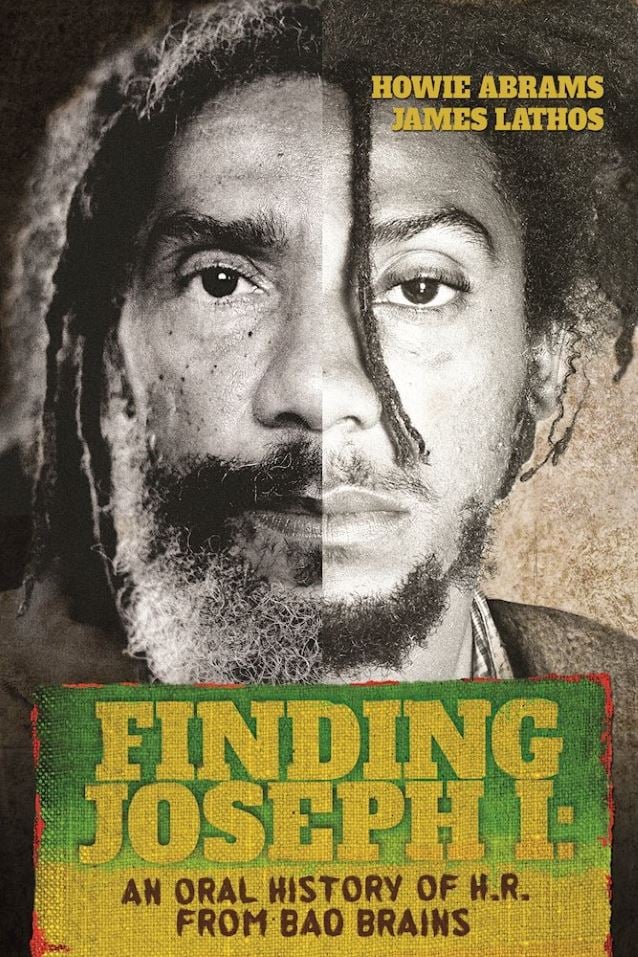