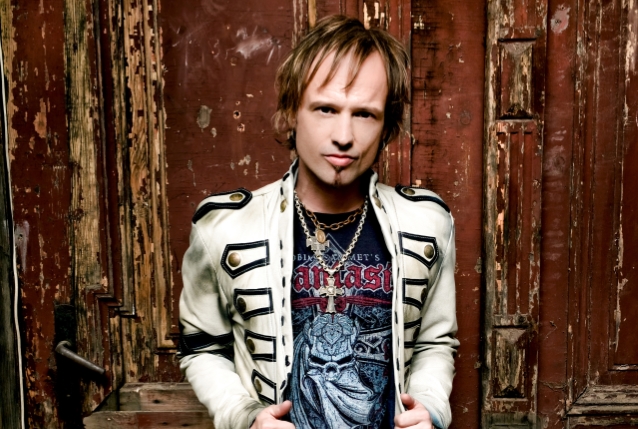 Bob Catley (MAGNUM), Eric Martin (MR. BIG), Geoff Tate (QUEENSRŸCHE), Candice Night (BLACKMORE'S NIGHT), Mille Petrozza (KREATOR), Jorn Lande (MASTERPLAN) and Michael Kiske (HELLOWEEN) are among the vocalists who will guest appearances on "Moonglow", the next album from EDGUY frontman Tobias Sammet's AVANTASIA project. The LP will arrive on February 1, 2019 via Nuclear Blast. A world tour in support of the disc will launch at the end of March in Germany.

Sammet recently said that "Moonglow" would be "the most lavish album of my career, the biggest, most colorful thing and the best and most unreasonable luxury I have ever created in my life." He added that the record would contain "great vocal performances, great songs, epic stuff, fantastic stuff, diverse stuff... world music, power metal, pop... everything."

Regarding Petrozza's contribution to "Moonglow", Sammet said: "He is evil and he kicks ass. He is a great guy, and a legend! And really cool."

According to Tobias, Candice delivered "a killer performance" in the studio — "very soulful, a lot of feeling, enchanting... Amazing voice show has!"

Sammet has called Martin "one of the funniest and most soulful singers I have ever shared the stage with."

Tate previously guested on AVANTASIA's seventh album, "Ghostlights", which was released in 2016. He was also one of the guest vocalists for AVANTASIA at several European shows in the summer of 2017, including Rock Fest Barcelona, where his former band, QUEENSRŸCHE, also appeared on the bill.