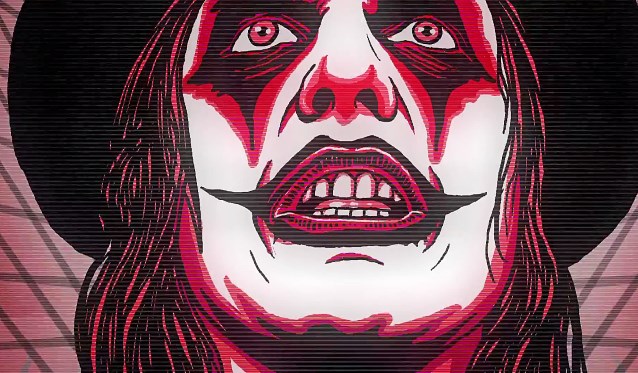 "Vultures Fly", the new video from Swedish metallers AVATAR, can be seen below. The song is taken from the band's latest album, "Hail The Apocalypse", which sold around 3,500 copies in the United States in its first week of release to debut at position No. 97 on The Billboard 200 chart. Released in North America on May 13, 2014 via eOne Music, the CD was recorded in Karma Sound Studios, Bang Saray, Thailand, mixed by Jay Ruston (STONE SOUR, ANTHRAX, STEEL PANTHER) and mastered by Paul Logus (VOLBEAT, CLUTCH, KILLSWITCH ENGAGE).

AVATAR is well known for its music videos. The visually stunning works of art have made the rounds over the last number of years surrounding their last two releases — from the vintage look of "Hail The Apocalypse" to their biggest single "Bloody Angel" — and the new effort is no different.

AVATAR will make a return to North America this spring supporting FIVE FINGER DEATH PUNCH. Dates will be announced soon.

AVATAR is described by many as a perfect mix between RAMMSTEIN, ALICE COOPER and SYSTEM OF A DOWN — something the band developed further with the video for the "Hail The Apocalypse" title track.