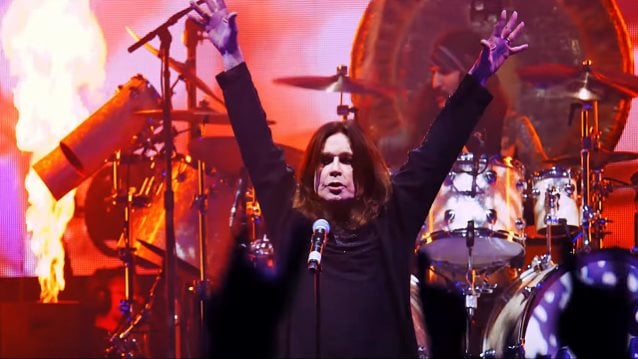 The official unboxing video for BLACK SABBATH's just-released "Supersonic Years - The Seventies Singles Box Set" can be seen below.

Despite a run of legendary hit singles in the 1970s, BLACK SABBATH and the seven-inch single format didn't always sit well together. After the release of their debut single, "Evil Woman", in 1970, followed by their ultimate explosive chart success with "Paranoid", the band was not comfortable with the confines of the mainstream pop format and the audience it brought to the group, leading to their now-legendary self-imposed ban on releasing singles in the early '70s.

"We didn't intend to make a single in the first place," said Tony Iommi to the Disc And Music Echo in 1971. "But after we'd completed the album, the 'Paranoid' track was sufficiently short to be a 'trailer' for the LP. We really didn't expect it to do anything at all. We don't go into the studio to make singles. We make LPs only. But if there is anything suitable as a result of the recordings, it would be considered, of course."

BLACK SABBATH's music was vast, expansive and heavy; not the kind of vision that can be easily shackled to the three-minute pop format. Record Mirror ran a story in November of 1970 stating that "SABBATH have decided to place a 'ban' on singles in the future. Their hit, 'Paranoid', as far as they are concerned is their first and last single. They will also oppose any attempt to draw singles material from future albums."

BLACK SABBATH's 'ban' on singles in their own country lasted for more than two years, and good to their word, no singles were issued from 1971's "Master Of Reality", but in 1972, as a harbinger from fourth LP, "Vol 4", "Tomorrow's Dream" was issued as a 45 and from then on a steady run of singles followed that showed that, despite SABBATH's initial dislike, many of their songs did lend themselves well to the format.

"Supersonic Years - The Seventies Singles Box Set", released June 8 through BMG, documents the band's run of hit singles as never before and features an array of unique content.

* This limited-edition box set includes five rare single edits: Iron Man / Sabbath Bloody Sabbath / Am I Going Insane (Radio) / Hard Road / Symptom Of The Universe.
* 10 unique color picture sleeves from around the world, either ultra-rare or exclusive to this box set.
* Remastered by renowned engineer Andy Pearce.
* New liner notes booklet detailing the rarities contained within the box set, along with the story behind the birth and evolution of the most culturally important genre of all time. 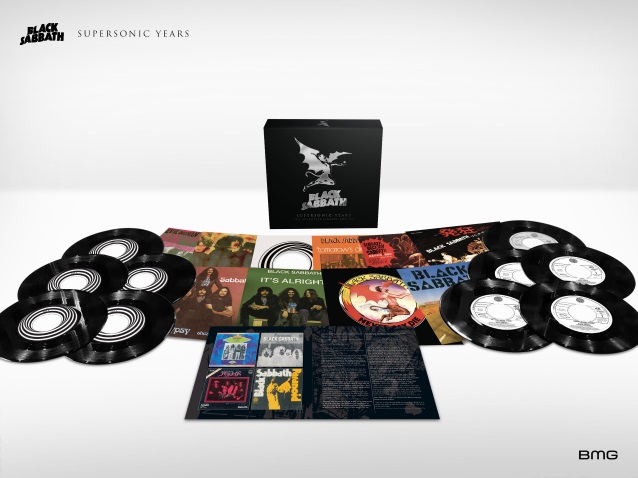