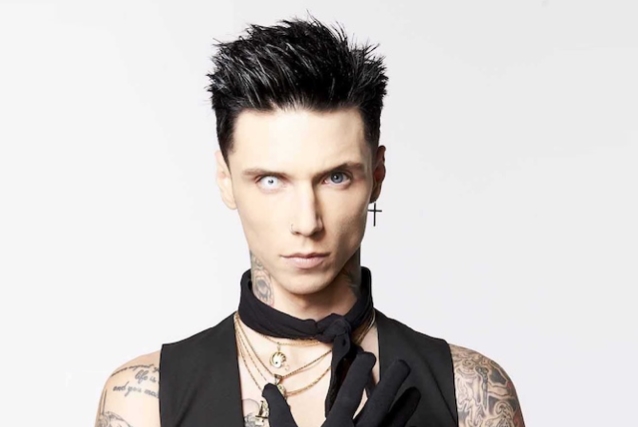 Andy Biersack (BLACK VEIL BRIDES, ANDY BLACK) will make an appearance at San Diego Comic-Con International on July 18. Biersack will be signing copies of his debut comic book, "The Ghost Of Ohio", at the War Machine Marketing booth (#1415) beginning at 1:00 p.m.

"The Ghost Of Ohio" is a graphic novel based on an original story idea created by Biersack alongside the creative team of Z2 Comics: Josh Frankel and Sridhar Reddy. Scott Tuft, known for his work on the "Severed" and "Swamp Thing" titles, wrote the comic with Biersack. Artist Eryk Donovan, best known for his Batman creations, created the cover. The comic has been well received by audiences and is currently rated a 4.5 on GoodReads.com, putting it higher than the likes of "The Catcher In The Rye", "The Hunger Games" and "The Umbrella Academy". The release of the graphic novel was done in conjunction with the sophomore release from Biersack's Andy Black persona via Lava/Republic Records. Biersack is also known for his work outside of music through his performance in the film "American Satan" and as the host of "The Orange And Andy Black" show on WEBN every Sunday during the NFL football season, a show dedicated to his beloved Cincinnati Bengals and rock music.

Released in April, "The Ghost Of Ohio" album saw Black re-teaming with Grammy-nominated producer John Feldmann (BLINK-182, PANIC! AT THE DISCO), who helmed 2016's acclaimed debut "The Shadow Side". The album is semi-autobiographical, mining the haunted history of Black's hometown to tell a story that explores his childhood anxieties and obsessions.

Black, who's always had a reverence for the magical convergence of sight and sound, created the diverse album to also serve as a soundtrack for its graphic novel counterpart, marrying melancholy themes with upbeat rock and pop to tell the tale of someone who died young and whose spirit inhabits an area for a hundred years looking for ways to connect. The album's artwork was painted by Eliran Kantor (ICED EARTH, TESTAMENT).

Black, born Andy Biersack, left Cincinnati for Hollywood at age 18. He lived out of his car, broke, and as Rolling Stone once put it, "subsisting on visions of what would become his wildly successful glam-metal outfit, BLACK VEIL BRIDES." By his early 20s, he led BLACK VEIL BRIDES on extensive world tours, released a string of Billboard Top 10 and 20 albums and was splashed across the covers and pages of magazines ranging from AP to Italian Vogue. 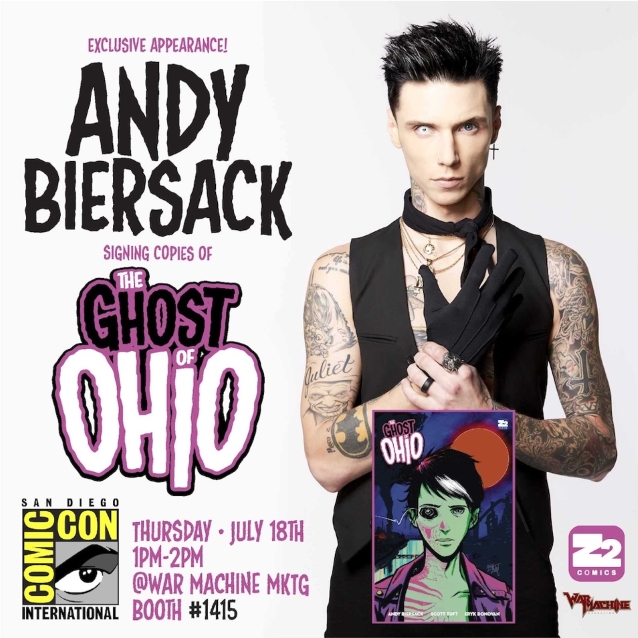