BLACK VEIL BRIDES have released behind-the-scenes footage for the making of the official music video for their new song "Fields Of Bone". The track is taken from the band's upcoming album, "The Phantom Tomorrow", which is due on June 4 via Sumerian Records.

The "Fields Of Bone" clip marks the directorial debut by vocalist Andy Biersack. The video picks up where the "Scarlet Cross" clip left off. The main character "The Blackbird" returns to square off against "9," his adversary depicted throughout the "Fields Of Bone" video. He has been used in the band's tease posts all week. The video also showcases the new look the band will be utilizing throughout the entire cycle for "The Phantom Tomorrow".

Biersack told "Cutter's Rockcast" about the lyrical themes covered on "The Phantom Tomorrow": "It's a concept record. There is a comic book happening as well. I actually just got off the phone this morning with the publishing company for the comic book. We're developing all the artwork and everything for that. The story is essentially the idea… In our society, especially now, we have this love of building up heroes and obsessing over other people who often don't give a shit about you or anybody else, and we kind of have these false idols and heroes. And so the story is kind of about taking this mythological character and the people putting all of this power on to them, and then ultimately turning their back on the character because nobody can fulfill the dreams and ideas that you put on somebody else. So it's an alternate version of our own timeline where our obsession with heroes and the iconography of somebody that's aspirational kind of gets out of control and becomes our whole society."

"There are unfortunate kind of shackles that are put on it — meaning that you've gotta write within the context of what you're writing," he continued. "But I tried to keep this one more open-ended where it's applicable… 'Cause I didn't wanna write about stuff I don't know; I wanted it to be about my experience. And there's really nothing about our story that doesn't mimic the current situation, whether it's on a personal level with people that I've known, or on a sociopolitical level, with the craziness of the world right now. The ideas are universal, and so that made it a little bit easier to kind of get through the journey. But as far as the comic book goes, it's kind of the same thing — I come up with the story and the artwork ideas, and then work with people who are much more talented than I am to make that a reality." 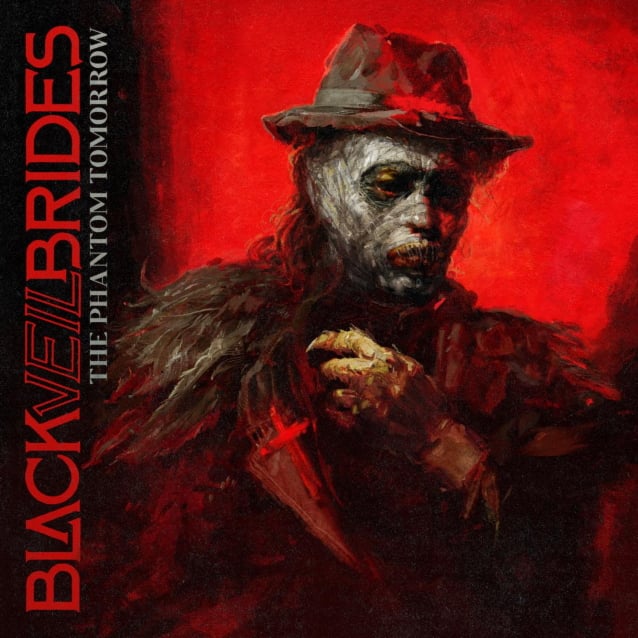