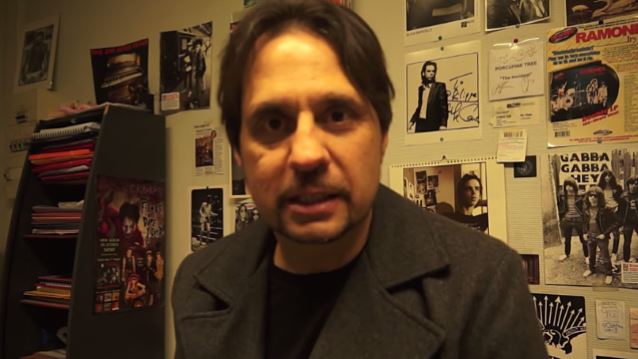 LoudTV.net recently conducted an interview with former SLAYER and current PHILM drummer Dave Lombardo. You can now watch the chat below.

Speaking about PHILM's fearless approach to innovation and exceptional affinity for genre blurring, Lombardo said: "I'm making [the listener] think, I'm making journalists dig a little deeper in their mind to try to understand what PHILM is.

"If you put on an album and immediately know, 'Oh, this is thrash,' or, 'This is metal,' whatever. PHILM at least makes you think."

Lombardo also talked about his approach to making music and what drives him to push the envelope with the projects that he gets involved with.

Lombardo was effectively fired from SLAYER after sitting out the band's Australian tour in February/March 2013 due to a contract dispute with the other members of the group. He has since been replaced by Paul Bostaph, who was previously SLAYER's drummer from 1992 until 2001 and recorded four albums with the band.