"Forces Of The Northern Night", the highly anticipated double DVD from Norwegian symphonic black metallers DIMMU BORGIR, will be released on April 14 via Nuclear Blast. The set will contain two of the band's live performances: their legendary show in Oslo, presenting DIMMU BORGIR on stage with the Norwegian Radio Orchestra and a bombastic choir, as well as their entire performance at Wacken Open Air festival in 2012 in Wacken, Germany with almost a hundred musicians on stage. Both concerts present a spectacular sound scenario of raging black metal in front of an epic orchestral landscape plus the band's unique visuals.

An unboxing video for "Forces Of The Northern Night" can be seen below. 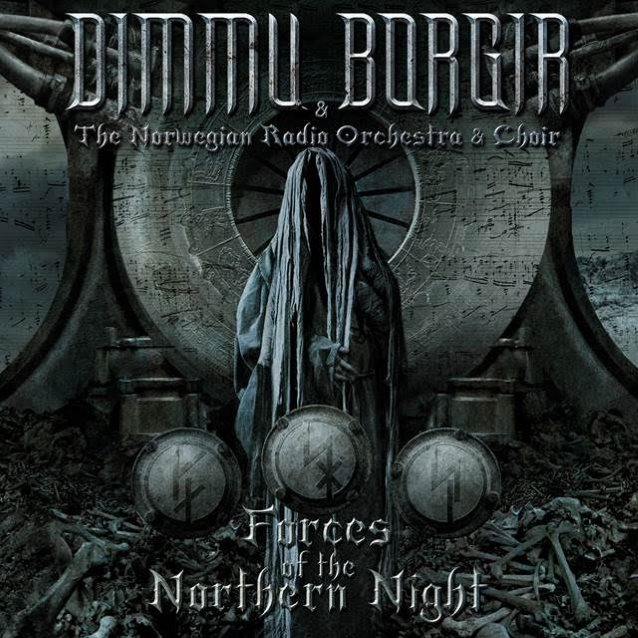