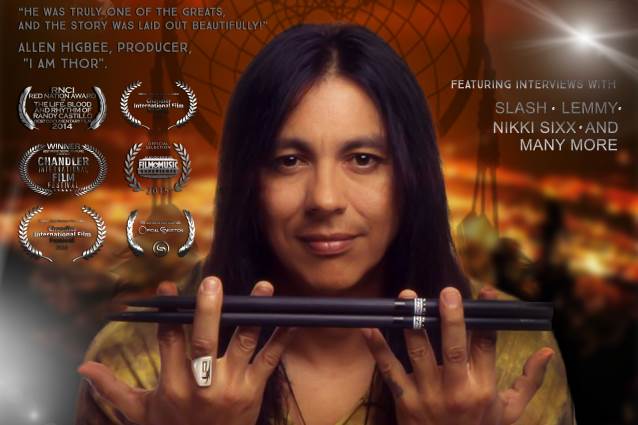 According to Variety, Freestyle Digital Media, the digital film distribution division of Byron Allen's Entertainment Studios, has acquired digital worldwide rights for the documentary "The Life, Blood And Rhythm Of Randy Castillo".

Written and directed by Wynn Ponder and produced by Michael Bell, "The Life, Blood And Rhythm Of Randy Castillo" tells the story of the late, legendary drummer who played with Ozzy Osbourne, MÖTLEY CRÜE, Lita Ford and other rock and roll icons of the 1980s and 1990s.

Narrated by Ford, the film tells the story of a kind-hearted, sometimes mystical musician whose unique style redefined the art of heavy metal drumming, and whose generous spirit became a quiet legend in the lives he touched behind the scenes.

Castillo's thunderous virtuosity and unbridled stage performances contributed to the resurgent popularity of hard rock concerts in the 1980s and '90s when he played with Osbourne, CRÜE, Ford and other icons.

The film traces Randy's musical evolution, from his first, childhood drum kit; to his high school drum and bugle corps days; to the esoteric stage craft of his early touring bands; and finally, to the innovative performance art that defines his legend — and heavy metal, itself — to this day.

Randy shifted his focus to romance at the peak of his career, as he found time to imagine a family life with his fiancée, Christina. But he was taken by cancer soon after, leaving a deep and sudden void in the lives of Christina, his mother and sisters, and a surprisingly large circle of rock stars, many of whom considered Randy one of their closest and most trusted friends.

The film features superstar interviews, concert footage, Randy's own home movies, and behind-the-scenes glimpses of the first Native American drummer to reach the top of the pop music charts.

"Randy Castillo's biggest contribution to live rock and roll was to make the rock drummer visible on stage behind that huge drum set, to give a performance that demanded attention," said Ponder. "Thousands of fans have waited a long time for the movie to be released and we are incredibly fortunate to have Freestyle Digital Media as our distributor."

Watch the trailer below.

The film will be available to rent and own on digital HD on June 15.

Ponder previously stated about the film: "It's been a magical journey, working with Lita and interviewing Randy's bandmates, family and friends, but the real story is about how Randy's generous spirit never changed, even when his formidable musical talent made him the first internationally famous Apache rock and roll drummer."

He continued: "Randy Castillo was that rare creature known as a 'good man,' a confidante and close friend to many ... compassionate and caring with everyone he met. Some interviewees tell stories of Randy's supernatural powers, which they attribute to his Native American spirituality." 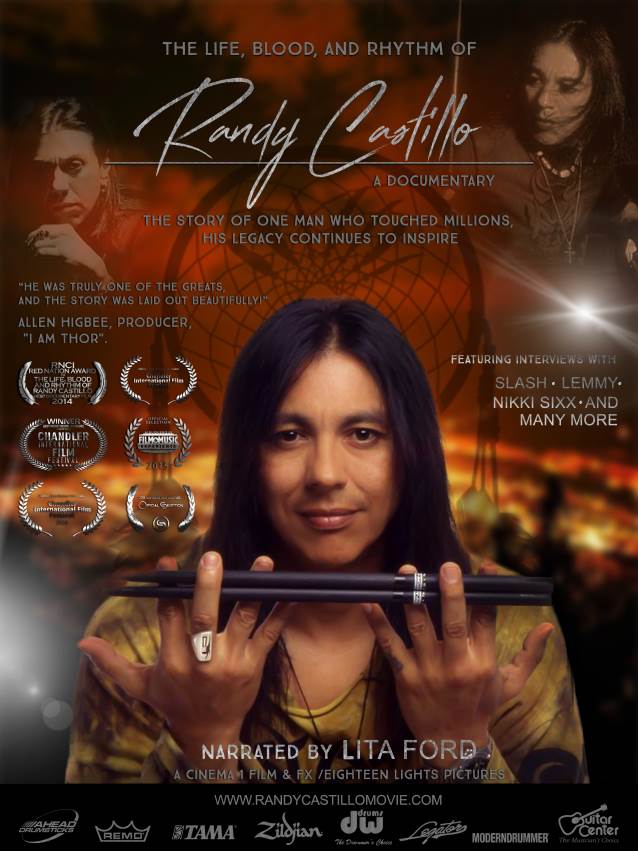