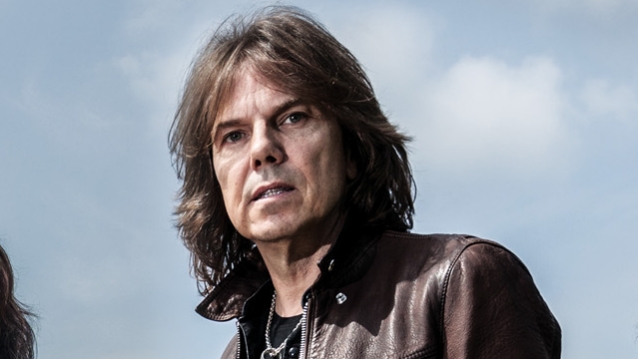 The Conservative Party, led by Prime Minister Boris Johnson, has been playing the track to motivate campaigners at the party headquarters.

But Tempest, who wrote the song in 1986, has asked the party to "cease and desist" from using his track.

EUROPE's manager, Adam Parsons, told The Times newspaper: "Joey does not condone any use in a political context. This was written as a good-time hard rock song back in 1986."

Last year Tempest, who was born in Sweden but currently resides London, told The Big Issue about "The Final Countdown": "The song took a life of its own. It has been used by political parties — both Hillary [Clinton] and [Donald] Trump used it. The song has started to be played more around new year, for new beginnings, but the ironic thing is it’s not really that positive. It's melancholy, in a minor key."

Tempest also said that he would have voted "Remain" had he gotten a British passport.

During the 2016 U.S. presidential race, Clinton uploaded a video titled "Donald Trump: The Final Meltdown" and set it to the EUROPE song.