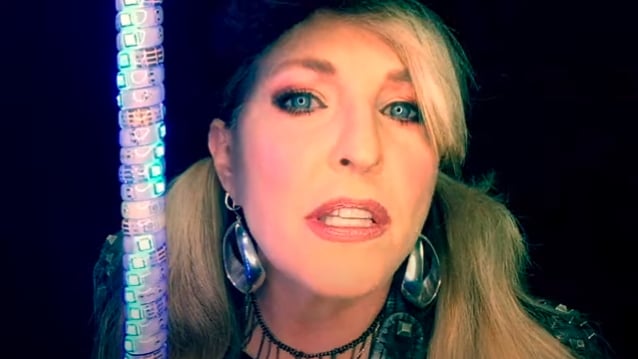 Former VIXEN singer Janet Gardner has confirmed in a new interview with Rock Titan that she still works part-time as a dental hygienist in Connecticut when she is not on the road with her husband.

"One of the best things I ever did for my relationship with music is to take money out of it — to not have to make any decisions based on what's gonna make the most money," she said (see video below). "I like to be able to have the freedom to do what we feel like doing, and I know that me and my family and everybody's taken care of. I can work more when I want, I can work less hours when I want and do more music, or go to Australia or do whatever. It has a lot of flexibility, and I don't have to make musical decisions based on money, on finances, and it feels great."

Back in 2018, Janet told "The Five Count" radio show that she has never gotten pulled off the road for somebody's emergency root canal surgery or anything like that. "Luckily, nobody I know has ever needed emergency cleaning, so I can book people when I'm around," she explained. "But the poor dentist I work for has to deal with that all the time. But, luckily, he lives about 20 seconds away from the office, so he can go in and do those emergency root canals and I don't have to hear a thing about it. He's really a cool guy too, and he's so good with me having to take off to do music and stuff like that, 'cause he gets it. He's, like, 'Oh, yeah. You'd be crazy not to. So get out of here. I'll see you when you get back.'"

"Synergy" is the first Gardner/James album to be released under the GARDNER/JAMES banner. The couple previously collaborated on Janet's first two solo albums, 2018's "Janet Gardner" and 2019's "Your Place In The Sun".