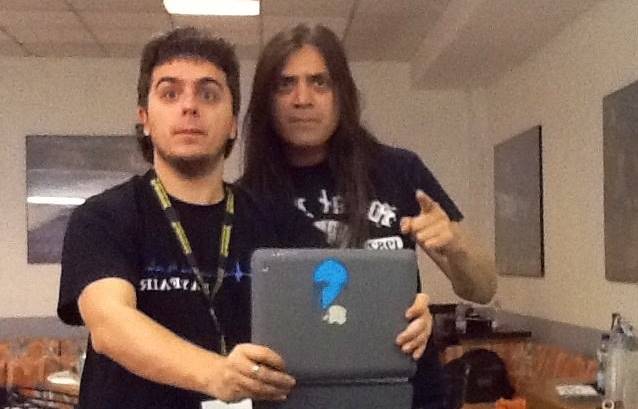 On October 13, vocalist Ray Alder of progressive metal veterans FATES WARNING was interviewed by the "Heavy Demons" radio show in Circolo Colony, Brescia, Italy. You can now listen to the chat in the YouTube clip below.

"Darkness In A Different Light" sold around 2,700 copies in the United States in its first week of release. The CD was issued in North America on October 1 via InsideOut Music.

In addition to the standard CD jewel case and the digital download format, "Darkness In A Different Light" was made available in Europe as 2CD mediabook edition and as gatefold 2LP version (180-gram vinyl in black, red or white vinyl) with four bonus tracks.

FATES WARNING will embark on a North American tour in November. The trek will launch November 15 in Joliet, Illinois and wrap December 14 in Seattle, Washington.