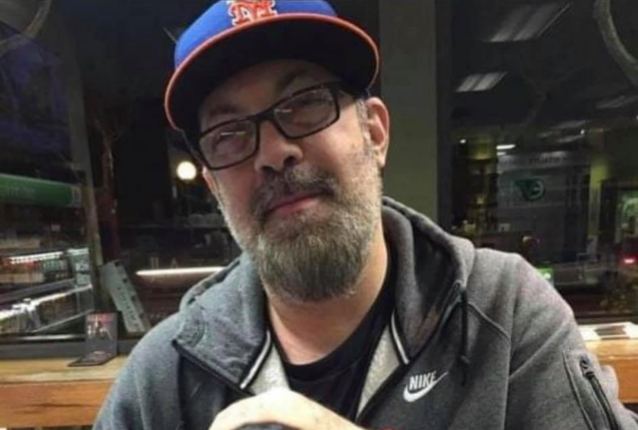 FEAR FACTORY guitarist Dino Cazares, CHIMAIRA frontman Mark Hunter and Monte Conner, the music industry veteran who signed FEAR FACTORY to Roadrunner Records, are among the notable figures who have paid tribute to Scott Koenig, former manager of BIOHAZARD and FEAR FACTORY, who died last Thursday (October 7) after a battle with COVID-19. He was 57 years old.

Cazares took to his social media to write: "Scott Koenig, you are my best friend, my older brother, mi familia and my manager since 1995. We've been through a lot together. Scott, you fought alongside me in some of the harshest legal battles of my career. We went to war together, literally. You stood by my side and never gave up on me when you could've easily just walked away. You treated me like family, like an older brother protecting me. You were an anchor in my life. You were the lynchpin and the soul of this machine, and together we created history.

"Scott, you have the kindest soul, you would do almost anything for anyone without asking for anything in return, and anyone who knew you would say the same. You answered my phone calls at any hour to listen to me freak out on tour because John Wedge Branon didn't put up the day sheet lol… and for whatever other dumb reasons, but you always knew how to calm me down like a zen master. You always made sure that the band and I were taken care of, and you fought tooth and nail to make sure of that. You really understood the business not just from behind the desk but also what it was like living on the road.

"I met you in 1993 when you were managing BIOHAZARD. Your slogan was 'We Manage The Unmanageable,' and you came up with that because of BIOHAZARD lol… You lived by those words. After seeing what you did for them, I knew that you needed to manage FEAR FACTORY. You worked endlessly to get us on some of the biggest tours: METALLICA, OZZY, IRON MAIDEN, BLACK SABBATH, SLAYER, MEGADETH… and that's just to name a few. Because of the hard work and your dedication, we achieved our first US gold record for 'Obsolete'. Your contribution to FF was enormous.

"Outside of music we connected on our love for baseball and I used to love going to the Los Angeles Dodgers games with you eating sunflower seeds, talking about players stats and trying to figure out what pitch the pitcher was going to throw next. Even though you were a New York Mets fan you were a LA Dodgers fan 'cause they originated from Brooklyn, New York. I loved sitting with you at table 22 at your favorite restaurant, Rainbow Bar And Grill. I started ordering my salad the way you did with extra house dressing and extra mozzarella cheese.

"You are a great listener because you didn't judge and everyone loved talking to you especially the waitresses lol… You never had an issue with giving free advice about the music industry to up and coming bands that needed a little help, and gave advice on just about anything. I loved your stories 'cause they were always the best and behind the scenes you were responsible for some of the most legendary bands' careers.

"Scott, you are loved on many different levels. You bonded with all your friends whether it was over music, sports, sneakers, food, relationships or just pure friendship. People loved your kind heartedness. You are simply the best dude and very personable. You are my mentor and taught me a lot.

"Scott, it is so fucking weird not being able to call you right now. There's a huge hole in my life. But this isn't the end, because your influence will always live on in my everyday life and in my work. Your love, respect and loyalty will never die. #fuckcovid19".

Hunter wrote on his Facebook page: "Shocked and saddened to hear about the passing of our former manager Scott Koenig. Scott helped put CHIMAIRA on the map and even helped facilitate the 'Pass Out' 20th vinyl. Beyond that, he was one of the most incredible people I ever got to hang around. Kind, generous, and extremely personable. He was also an encyclopedia of hip-hop and metal. It was always fun to be around him and listen to the unbelievable stories. He witnessed some of the most monumental moments in music history. I'm so lucky to have known and learned from him. Rest easy, King."

Conner took to his Facebook to write: " I first met Scott Koenig back in 1982, when he manned the cash register at Vinyl Mania Records on Carmine Street in Greenwich Village. I only knew him as 'Scott,' no last name, and our conversations were very brief as I was a bit intimidated by him. I was a clueless 18-year-old college student from Staten Island and he was this seemingly older guy, who was way more worldly than me, who technically worked in the 'music industry.' He sold me countless records there and also at his next gig at It's Only Rock 'N' Roll on W. 8th St. off MacDougal (starting there in 1983 as far as I recall). Little did I know what a huge role he would one day play in my life.

"I officially met Scott and learned his last name around 1990-1991 when he worked at the Rush Artist Management division of Def Jam, and pushed his boss Lyor Cohen to let him approach me about signing BIOHAZARD to Roadrunner for a one-off album that became 'Urban Discipline'. The band were already signed to Warner Bros. at the time, and the Roadrunner album was designed to set up their big major label debut. The plan worked like a charm, for both parties, and Scott was the person who made it all happen.

"Once I knew Scott I learned he was also from Staten Island (not far from where I grew up) and was the same age as me. He told me Vinyl Mania was a dance store when he started there, but he convinced the owner to move up some of the metal vinyl that was languishing in the basement. Once it blew out the door, Scott gained the owner's trust and became the metal buyer. The store was transformed.

"When Scott took over management for FEAR FACTORY in 1995, he was in my life on a daily basis, to this very day. He was the sweetest, nicest guy you could ever meet. Just a good person through and through. Not a bad bone in his body, no agenda, and a totally straight shooter. I never had a single bad moment with him. He worked tirelessly for his bands and especially for Dino and FEAR FACTORY. I can not imagine working with FEAR FACTORY and him not being there.

"As some others have written, Scott was right there at countless important moments in metal history, way too numerous to detail here, but here are two examples: He was one who turned Rick Rubin at Def Jam onto SLAYER. Does it get any bigger than that? Scott and Rick were students together at NYU (I seem to recall they might have actually lived in the same dorm for a bit). Scott also turned Rick onto TROUBLE. He told the story in a comment he made on a recent TROUBLE story I posted, writing: 'Rick was a huge BLACK SABBATH fan and I said 'You should check out this band from Chicago that is like a 'Christian SABBATH.' Of course that was intriguing to him, so I played the first 2 albums for him and he really dug 'em, then I gave him my cassette of 'Live Bootleg' which pretty much sealed the deal for him. I had never spoken to the band before. I think I had found out who their attorney was, the guy who represented most Metal Blade bands at the time, Bill Berrol.'

"And one more: Scott turned Rick onto EXODUS and he tried to sign them but the deal fell apart at the last minute. That's right, no one knows EXODUS almost signed to Def Jam and that Scott played a key role in that and so many other big moments in the careers of some of our favorite bands.

"Scott was not the type to brag or ever make his vast accomplishments known. He was a true unsung hero.

"Just 2 weeks back I emailed him a picture of Vinyl Mania that I found recently and he got a big kick out of it. This is where Scott came into my life and so it felt right to share that here.

"I don't usually write tributes like this for anyone because I am afraid of not doing them justice. But when it comes to Scott, it just feels so easy to talk about him, just like it was working with him.

"We will all miss this amazing person who made such a huge mark on our lives, and in the metal world. Rest in peace."

Scott Koenig, you are my best friend, my older brother, mi familia and my manager since 1995.

We've been through a lot...

Shocked and saddened to hear about the passing of our former manager Scott Koenig. Scott helped put Chimaira on the map...

I first met Scott Koenig back in 1982, when he manned the cash register at Vinyl Mania Records on Carmine Street in...

Saddened to say goodbye to my good friend Scott Koenig. He and I went through the trenches together- he was one of my closest brothers in music. You will be missed! R.I.P. my friend - no more pain.

You were my best friend for 35 years. Rest easy Scott Koenig
Love you . You're now at ease .

Terrible news. Scott Koenig has been a very good fiend for 20 years. Always a good kind guy. I'm so saddened by the news of his passing: god bless you Scott . RIP

Wow - I've been limiting my FB posts to only good things and I've been sporadic to say the least- mostly because when I...

RIP Scott Koenig. I knew Scott for decades on the NYC scene working in the music business. Great guy and great music fan. Condolences to his friends and family. Extremely sad news I just learned. https://t.co/UmvRospJjz

My condolences to all who loved Scott Koenig. He changed the game w/ all his bands & was always kind & generous w/ his time when we were just coming up. Rest In Peace.