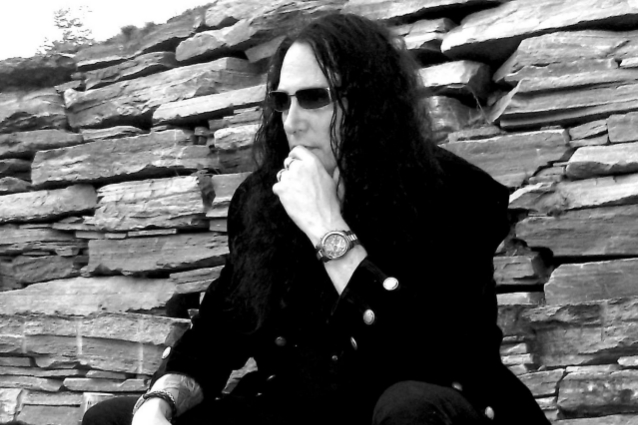 Says Smyth: "As our fans know, we have been looking high and low for the right fit in a frontman for ONE MACHINE for a few years now, and we have finally found that right fit in Ronny Munroe. Ronny was referred to me by some mutual friends who thought he might be a great fit for us. I was blown away by his voice and performance the first time I saw him, and am absolutely honored and excited to have him with us for the future."

An international metal band with classic and modern influences, ONE MACHINE features members carefully selected by Smyth, who is widely known for his work with TESTAMENT, NEVERMORE and FORBIDDEN. ONE MACHINE's lineup is completed by former BIOMECHANICAL members Jamie Hunt on guitar and Matt "Spike" Cherry on drums, and former SAVAGE MESSIAH bassist Stefano Selvatico.

"I am pleased to announce that I have joined Steve Smyth and ONE MACHINE as their new lead singer," Munroe says. "Steve and the guys are all very accomplished players and good human beings, and I am proud to be part of the next chapter in the ONE MACHINE family."

ONE MACHINE's debut album, "The Distortion Of Lies And The Overdriven Truth", was released worldwide in February 2014 through Scarlet Records/eOne to critical acclaim. The band immediately hit the road, winning several high-profile support slots in the U.K. and abroad, as well as headlining shows of their own and festival appearances.

A second album, "The Final Cull", was released in 2015 and also received accolades from critics and fans alike. Extensive touring included European festivals, such as Amplified and Bloodstock Open Air, and direct support to OVERKILL, OPERATION:MINDCRIME, RAVEN, DEVILMENT (featuring Dani Filth), VENOM INC., NILE, VICIOUS RUMORS and many others.

ONE MACHINE is currently working on a new EP, tentatively titled "Let the Culling Begin", and plans to tour following its release.