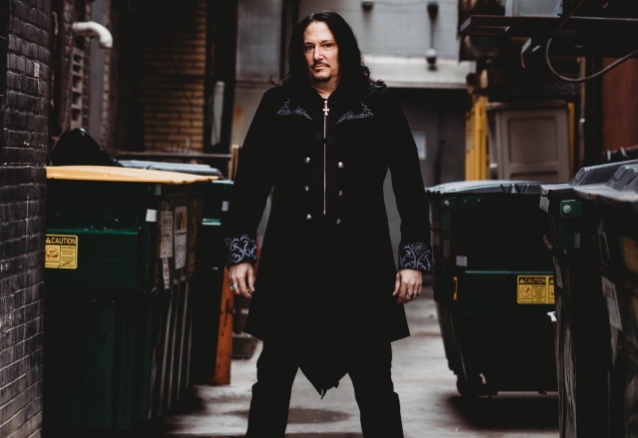 Frontiers Music Srl has signed the new melodic metal project BETWEEN WORLDS to the label. The band is a vehicle for vocalist Ronny Munroe (ex-TRANS-SIBERIAN ORCHESTRA, METAL CHURCH) and highlights his incredible vocal talents. The self-titled debut album will be released on September 10. Written and produced in partnership with Alessandro Del Vecchio, this album is a must-hear for fans of classic American heavy/power metal. The first preview of the album is available today with the release of the single and video for the title track.

"The song 'Between Worlds' is about how when unexpected changes in life occur, as they did with myself and my late wife. You find yourself not knowing what to do as you are lost in the mist and you really don't know what is going to happen next. So, basically, you are caught between worlds," says Munroe of the first single from the album

He continues: "When Ale [ssandro Del Vecchio] contacted me and asked if I wanted to write some songs with him, I jumped on it because I have a lot of respect for him as a musician, writer, producer, engineer, and so on. He does it all and does it very well. That's why we call him the 'Maestro'. When writing the songs on my end, I just stayed true to myself and didn't really change anything up. I have always written somewhat about my life and the things that I have gone through. I find writing to be very cathartic and I've had, and have, a lot to say. Musically, I write the same. Alessandro and Pete just wrote what they felt and I really can't say what or who the songs may sound like, to me they sound like BETWEEN WORLDS and I really look forward to building on the foundation that Alessandro and I have started."

Munroe first came to prominence in the metal world when he stepped into the role of frontman for the legendary band METAL CHURCH. During an audition for a project principal METAL CHURCH member Kurdt Vanderhoof was working on, Ronny was first put on Kurdt's radar. After watching Munroe's performance, Vanderhoof decided to resurrect METAL CHURCH with Ronnie on lead vocals. He would go on to sing four albums with the band, "The Weight Of The World" (2004), "A Light In The Dark" (2006), "This Present Wasteland" (2008) and "Generation Nothing" (2013). Ronnie would also wind up singing for Vanderhoof's progressive rock project, PRESTO BALLET, further showcasing his vocal talents.

In another sign of the power of his voice, in 2011, Ronny was asked to join the mighty TRANS-SIBERIAN ORCHESTRA, which further highlighted his vocal talents and showcased his voice to the popular act's audience.

After a break from music for personal reasons, Ronny joined Steve Smyth's (FORBIDDEN, NEVERMORE) band ONE MACHINE in 2019 before starting work on the, at the time, as-yet-untitled project with Alessandro Del Vecchio. Munroe and Del Vecchio got in touch at the end of 2019 with the idea of writing some songs together and creating a musical project centered around Ronny's vocal abilities and songwriting. Alessandro invited his longtime songwriting partner Pete Alpenborg to join forces with them and sent the first four demos to Frontiers, who moved quickly to sign them to the label. BETWEEN WORLDS was thus formally born.

Ronny and Alessandro wanted to involve people in the project that would resonate with Ronny's history in music and put their mark on this incredible set of songs, so Johnny Lee Middleton (TRANS-SIBERIAN ORCHESTRA), Chris Caffery (TSO, SAVATAGE, SPIRITS OF FIRE), Jack Frost (SEVEN WITCHES, SAVATAGE), and Joel Hoekstra (also of WHITESNAKE) all contributed.

Fans of CRIMSON GLORY, METAL CHURCH and Classic American power metal will revel in hearing Ronny deliver some of his best vocal performances to date, while telling the story of his rebirth in music. Ronny poured his soul into the performance, with musical power and melody lifting him up during the process. 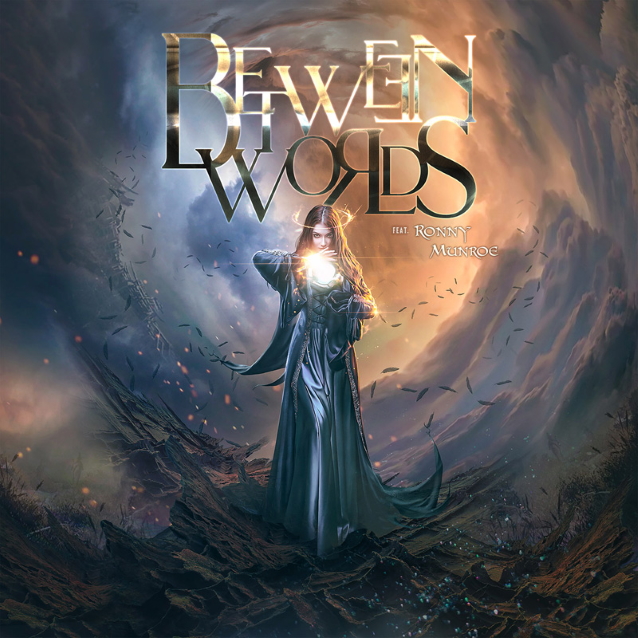