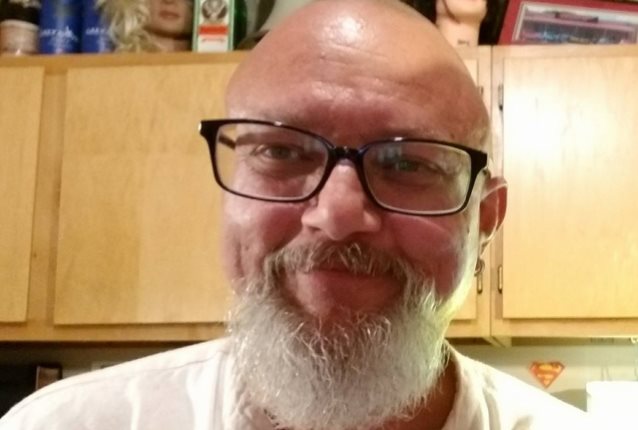 On July 19, ex-QUEENSRŸCHE singer Geoff Tate spoke to the Hit Parader fan page about his recent chance encounter with his former bandmates at a festival in Spain. Tate said (see video below): "We had a massive falling out in 2012, which led me to leave the band and for them to sue me and take me to court. And there was lot of money that exchanged hands and a lot of bad things were said in the press. And we never had spoken since May of 2012 — we hadn't spoken a word. Just recently, two weeks ago, I got asked to appear with a European band called AVANTASIA. And we did a couple of shows in Switzerland and one in Barcelona where they were headlining a music festival there. When I get there, at the music festival, I see that QUEENSRŸCHE is opening the dates. So I [thought], 'I've gotta go see them.' I hadn't seen them play without me ever, and I hadn't even heard anything since I left the band, and I'd never heard their new singer [Todd La Torre]. So I went out to the show. And I ended up talking to everybody, and we all had pleasantries to say to each other, and I watched the show. God, that guy [Todd] — he's a great singer. He's fantastic. He sounds just like me."

Geoff added that the first time he had ever spoken with La Torre "was in Barcelona and we had a nice conversation and did a selfie together." He laughed before adding: "I guess that means something. Does that mean we're dating, or what does it mean?"

La Torre joined QUEENSRŸCHE as the replacement for Tate, who was the band's original lead vocalist, after the latter was fired in 2012. A two-year legal battle followed where Tate sued for the QUEENSRŸCHE name, only for his former bandmates Michael Wilton (guitar), Scott Rockenfield (drums) and Eddie Jackson (bass) to respond with a countersuit. They eventually settled the dispute, with Wilton, Rockenfield and Jackson continuing as QUEENSRŸCHE, and Tate now having the sole right to perform the albums "Operation: Mindcrime" and "Operation: Mindcrime II" in their entirety live.

Todd told the "Trunk Nation" radio show earlier in the week that his meeting with Tate was "a nice, complimentary exchange. We shook each other's hands, we did a little selfie. He was nice to me, I was nice to him. So, should there ever be another time where we're in the same area, it's nice to know that he could walk up to me or I could walk up to him, or whatever, and it's fine. So that was good."

The band is scheduled to enter the studio in September to begin recording its next disc for an early 2018 release.