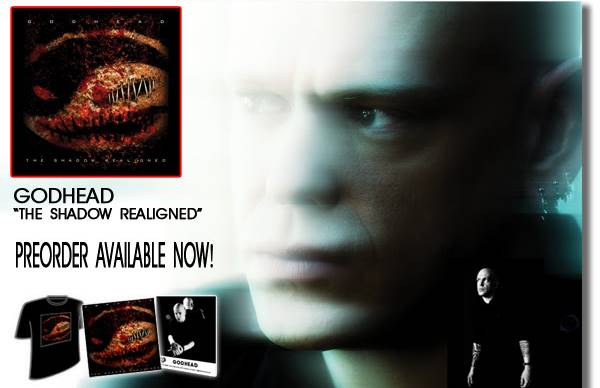 "The Shadow Realigned", a new collection from GODHEAD, will be released on April 29 via Warrior Records. The set features 14 remixes from 14 different producers that GODHEAD has come to be friends with and fans of over the coure of its career. GODHEAD singer and founder Jason C. Miller says, "I also went back into the vault and finished three unreleased tracks, the GODHEAD original 'To Heal' and two covers: 'Never Let Me Down Again' by DEPECHE MODE and 'God Of Thunder' by KISS."

You can pre-order the album at WarriorRecords.com.

Formed in the mid-'90s in a northern Virginia basement, GODHEAD has stood the test of time as an influential and truly original hard rock act. One part industrial, one part goth, one part metal, GODHEAD was never easy to define.

"We had elements of so many different sounds in our early days," says the group's singer and founder, Jason C. Miller, "that it actually worked to our advantage. We could open for almost anyone and find a way to fit in. People hear what they SEE live so, opening for a goth band? Throw on the eyeliner and play our moodiest songs. Metal band? Wipe off the eyeliner and play our heaviest songs. Industrial band? Smear on the eyeliner AND play our heaviest songs! We always wore all black, so a wardrobe change was never necessary. We even managed to survive two months opening for GWAR. I'm still not sure how we're all still alive."

Despite their early adventures with audiences unknown, GODHEAD began to thrive. Touring rigorously, they eventually landed a record deal in Europe and then in the States with Sol 3 Records, helmed by legendary producer Richard Gottehrer (BLONDIE, THE GO-GOS, THE STRANGELOVES). "Nothingness" and "Power Tool Stigmata" were both released on the Sol 3 label, and GODHEAD continued to tour relentlessly. They then caught the attention of rock icon Marilyn Manson. About to launch his new label Posthuman Records, Manson snatched them up and GODHEAD released "2000 Years Of Human Error" in 2001.

Upon release, MTV and radio stations across the country started catching on to the GODHEAD sound and began playing "Eleanor Rigby" and "The Reckoning" in heavy rotation. The band would play in front of over three million people touring with MARILYN MANSON, BLACK SABBATH, DISTURBED, LINKIN PARK, SLIPKNOT and RAMMSTEIN. They would appear on three major motion picture soundtracks, including the gold-selling "Queen Of The Damned" as well as "The Blair Witch Project 2" and "Dracula 2000". GODHEAD's success continued into 2003 with "The Hate In Me" single from their "Evolver" album that turned into an MTV2 hit as well as the song "Far Too Long", which was featured on CBS Television's "NFL Today" show.

In 2006, GODHEAD released "The Shadow Line". The single "Trapped In Your Lies" put GODHEAD in the rock radio Top 40 for the first time in their career and put them back on the road, which inspired them to write and release their 2008 album "At The Edge Of The World".

"'The Shadow Line' was such a defining album for us," Miller says, "We co-produced it ourselves at our own studio, and were really able to explore the evolution of our sound. Now that we have the opportunity, we thought it would be great to get a lot of other producers we admire to have a shot at remixing each song and giving our fans a completely new look at our material." 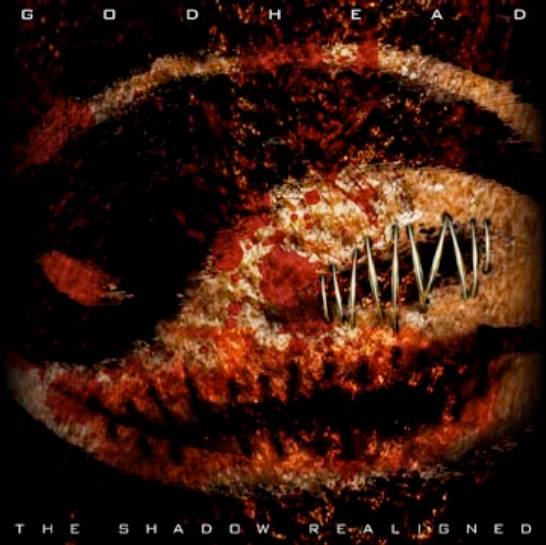