San Francisco Bay Area thrashers HATRIOT have released the lyric video for a new demo song called "Frankenstein Must Be Destroyed". The track, which is one of the band's first to be recorded without EXODUS singer Steve "Zetro" Souza, will be re-recorded for the band's upcoming album, tentatively due late next year.

Says HATRIOT: "The video was done by Mike Sloat, recordings by Abel Torres, and image by Kevin Paterson.

"The lyrics are metaphorically driven for heinous people on death row like pedophiles, serial killers, and other monsters of that sort.

"In the song, the mid-to-high-level shrieking are the villagers hunting the monster and the low death metal growls are the point of view of the monster.

"Now that Steve 'Zetro' Souza is full time with EXODUS, we wanted to tap more of our death metal influence such as THE BLACK DAHLIA MURDER, REVOCATION, SKELETONWITCH and DEATH while still keeping true to HATRIOT's Bay Area roots such as EXODUS, TESTAMENT, DEATH ANGEL and MACHINE HEAD."

The vocals in HATRIOT are now being handled by Zetro's son Cody Souza.

In a 2015 interview with DC Heavy Metal, Zetro stated about HATRIOT: "[Cody] does a really, really good job at [the vocals for the band]. So him and I are writing songs together 'cause he's not a lyricist yet, but he's learning and he's gonna be great. I'm watching over them. I'm making sure they get going." 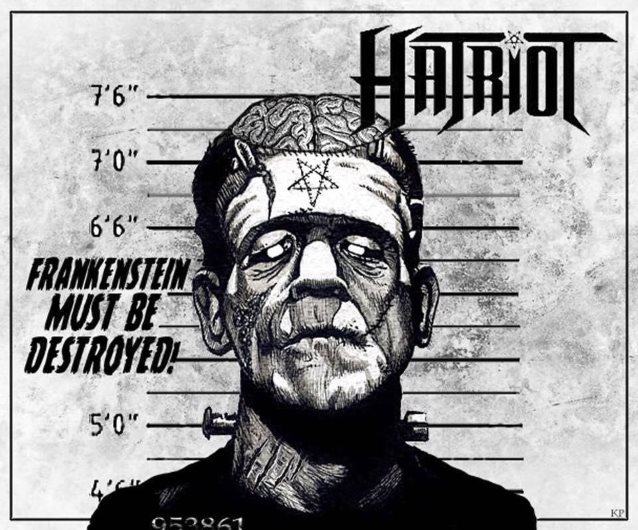