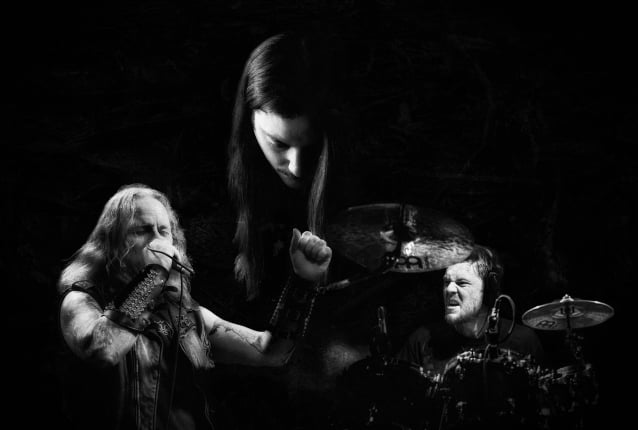 HOWLING SYCAMORE, the extreme progressive ensemble featuring Davide Tiso, Jason McMaster and Hannes Grossmann, has returned with its sophomore album, "Seven Pathways To Annihilation". Due on June 21, the disc features over 50 minutes of music and will be available on gatefold 2LP, compact disc and on all digital outlets.

The album's first single, "Initiation", can be streamed below.

"Seven Pathways To Annihilation" was mixed and mastered by Jamie King (BETWEEN THE BURIED AND ME, THE CONTORTIONIST) and features the recurring contributions of Kevin Hufnagel (DYSRHYTHMIA, GORGUTS) on lead guitars, Bruce Lamont (YAKUZA, BRAIN TENTACLES) on baritone saxophone and Fabian Vestod (SKINLAB, GOSPEL OF THE WITCHES, RED SERPI) on additional drums plus the very special guest appearances of Marty Friedman and Matt Baldwinson (TANGAROA, DREAM TRÖLL, II II II) on lead guitars.

Lyrically, "Seven Pathways To Annihilation" is linked to shamanic and metaphysical principles displayed with crude and sometimes brutal imagery. The album title in particular is tied to the idea of the necessity of the self-destruction of one's ego in order to achieve a more enlightened existence. The seven songs in the album aim to the same annihilating purpose.

The album art was masterfully executed by French visionary artist Dehn Sora (AMENRA, BLUT AUS NORD, TREHA SEKTORI) and displays again the HOWLING SYCAMORE tree, this time upside down and in the form of a lightning strike. The lighting aims towards a hooded figure that symbolizes who looks inward to get the answers.

On the arrival of the new song and album announcement, Tiso says: "I consider 'Initiation' the perfect track to introduce the second HOWLING SYCAMORE album. Among the most epic and adventurous songs in the lot, 'Initiation' features some of the guitar riffs I'm most attached to, like the guitar waltz mid song that I play over an insane blast beat by Hannes Grossmann. The song features a beautiful performance by Jason McMaster; I get goosebumps when he's singing the double vocal melodies on the very last riff. 'Initiation' features also wailing guitar solos by Kevin Hufnagel, who returns as a guest in this album, since our very different guitar playing styles match so well. Lyrically, I feel that the song has the same mood and colors of the stunning album's cover artwork by Dehn Sora. As Jason McMaster sings, 'Initiation' is 'an ode to dark times,' and I'm thrilled to offer it for you today, may it charge your day like a lightning."

HOWLING SYCAMORE's self-titled debut came out in January 2018 and received immediate and continuous praise by both the press and the public for its bold artistic direction and ingenuity.

"I consider our debut album a solid introduction to the band's sound: in only 38 minutes we were able to display HOWLING SYCAMORE's vast range of influences and our strong will to not fit in," remarks Tiso. "With our second album I wanted things to be slightly more challenging for the listener and we ended up with a much denser collection of songs." 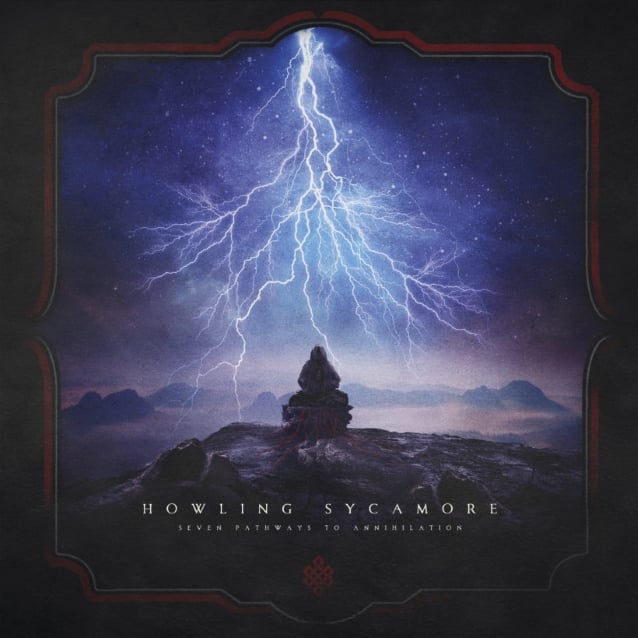