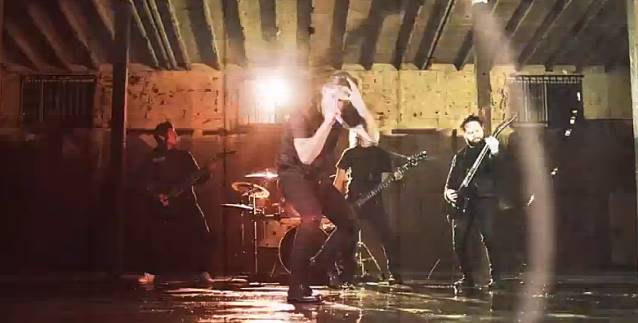 "Doomsday", the new video from Southern California juggernauts IMPENDING DOOM, can be seen below. The song comes off the band's new album, "Death Will Reign", which is due on November 5 via eOne Music. The CD was recorded, produced and mixed by Will Putney at The Machine Shop (SUICIDE SILENCE, LAMB OF GOD).

IMPENDING DOOM has crafted a stunning, deliberate and unrelenting collection with a sense of purpose, drive and continuity. "Death Will Reign" is the culmination of all that has come before, mining the bleak darkness and "scare" factor of last year's "Baptized in Filth" and the dynamic fury of "There Will Be Violence" and "The Serpent Servant". All of those elements are injected with the return of the gritty rawness found within the unpolished grind of "Nailed. Dead. Risen", IMPENDING DOOM's squealing cult-classic debut that introduced the world to their unique combination of reverent worship and sick gore-core, dubbed Goreship.

"We wanted this album to sound very natural and unpolished," explains IMPENDING DOOM's longtime bassist David Sittig, a part of the lineup since before the first album's release. "There's no crazy digital stuff. There are no fake drums. We wanted it to have the feel of our first album with the songwriting from the last one. We've gotten better at song structures and so forth over the years, but we wanted to recapture that old-school vibe, too."

IMPENDING DOOM's fourth full-length album, "Baptized In Filth", sold 4,600 copies in the United States in its first week of release to debut at position No. 106 on The Billboard 200 chart. Released on March 13, 2012, the CD was produced by Andreas Magnusson (THE BLACK DAHLIA MURDER, THE FAMINE) and was mixed by Machine, who has previously worked with LAMB OF GOD, SUICIDE SILENCE and DEMON HUNTER, among others. 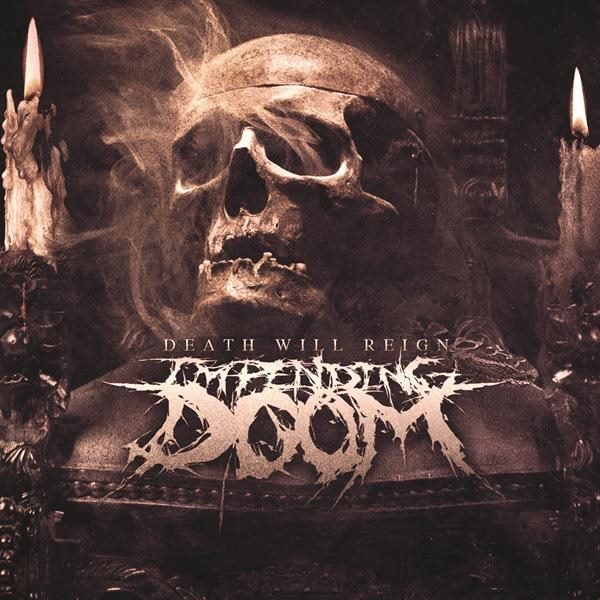