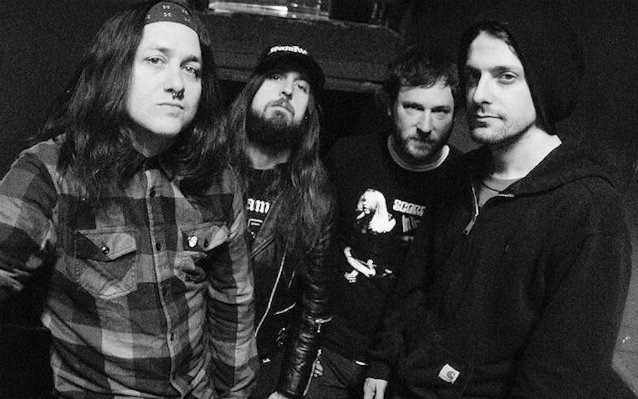 Writes Invisible Oranges: "IRON REAGAN rocked some worlds earlier this year with their pissed off whirlwind of a debut full-length, 'Worse Than Dead'. That album, with songs that average around a minute-thirty and nail the punk and hardcore divide with a thrashy attitude, thematically resurrects the spirits of Cold War-era fears to take on today's politically charged topics like gun control and reproductive rights... Foresta's voice is certainly a defining characteristic in IRON REAGAN, but this isn't MUNICIPAL WASTE 2.0."

The EXHUMED/IRON REAGAN split 12-inch will be released on January 7, 2014 via Tankcrimes. 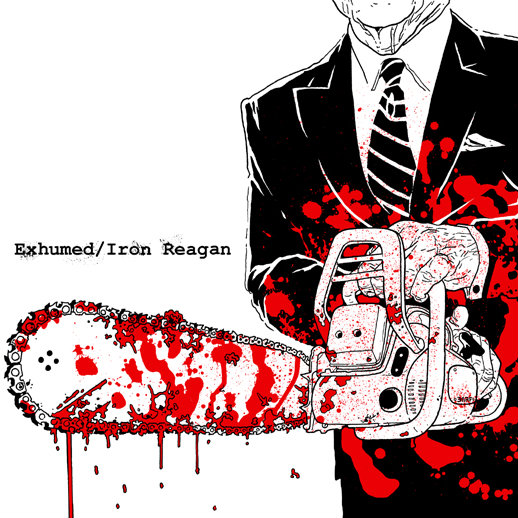