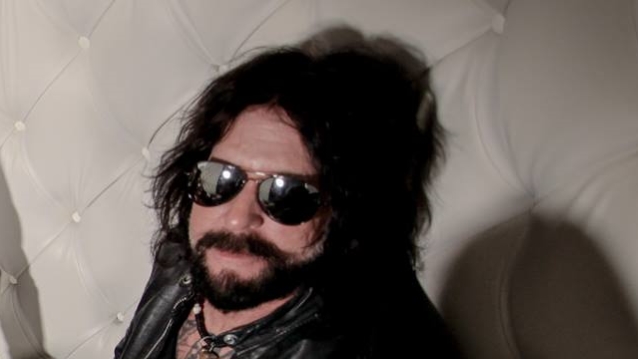 L.A. GUNS guitarist Tracii Guns spoke to Guitar World magazine about the challenges he and his bandmates face trying to make a living in the streaming age, especially as money musicians make from merch and touring has become more integral to their income.

"I think we're probably doing as well financially as we were back in the early years of our success," he said. "We've got a name and a great back catalog. We're too big to support a certain level of band, but we're not filling stadiums. We have the same amount of income, but we pay about 90 percent fewer people. Experience teaches you how to make it work; there's no shortage of opportunities for the band. We try to take on as much as we can. [Singer Phil Lewis and I are] both committed to L.A. GUNS."

After a nearly 15-year break, Guns and Lewis reunited in 2016 for another chapter in their partnership that began in 1986, four years after Tracii formed L.A. GUNS in 1982.

Guns and Lewis became estranged after Tracii left L.A. GUNS in 2002 to focus on BRIDES OF DESTRUCTION, thereby leaving Lewis to carry on with the name. Four years later, Guns re-teamed with former L.A. GUNS bandmates Paul Black and Nickey Alexander, first as THE TRACII GUNS BAND, then as L.A. GUNS, the name change influenced by the fact Guns and former drummer Steve Riley jointly own the L.A. GUNS moniker. For the next six years, the two versions of L.A. GUNS would compete for fans' attention while Guns and Lewis traded perfunctory barbs through the press, a period Lewis now calls "embarrassing" and "the lowest point of L.A. GUNS' history."

Guns and Lewis reunited in 2014 at a benefit show in Las Vegas. Two years later, they announced plans to reactivate their version of L.A. GUNS, but without longtime drummer Riley, who, even with the lineup confusion, remained the longest-tenured member of the band.

The Guns-Lewis version of L.A. GUNS released a new album, "The Devil You Know", in March.