"The spookiest time of the year is approaching, the magic night when pumpkins glow by moonlight!" says Andrea Ferro of LACUNA COIL. "Halloween is known as the end of summer and the start of winter, a season associated with darkness and frigid weather. We have decided to celebrate the fact that we will be the first Italian artists to create an Amazon Original track with an appropriately themed song called 'Bad Things'. The song has a unique horror vibe perfect for the last day of October, when the boundary between the living and the dead becomes blurred."

Earlier this month, LACUNA COIL released its ninth studio album, "Black Anima". Just as "Comalies" (2002), "Shallow Life" (2009) and "Delirium" (2016) upped the ante and rocketed the Milan-based outfit into the upper echelons of metaldom, "Black Anima" is a level beyond all that. It's both a hard look at the past and a brave sprint into the future. Two years in the making, "Black Anima" arrives the same year that LACUNA COIL celebrates its 20th anniversary as a band.

Amazon Music listeners can find "Bad Things" on the playlist "Metal Scene", a collection of loud, supercharged metal music to stir up some mayhem in your world. Customers can also simply ask, "Alexa, play the Amazon Original by LACUNA COIL" in the Amazon Music app for iOS and Android and on Alexa-enabled devices. In addition to the new track, Amazon Music listeners can access hundreds of Amazon Originals featuring both emerging and established artists across numerous genres, available to stream and purchase only on Amazon Music. 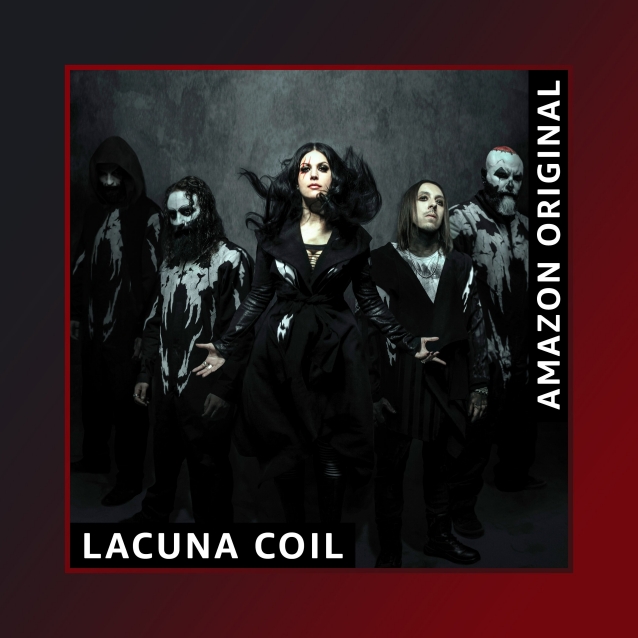