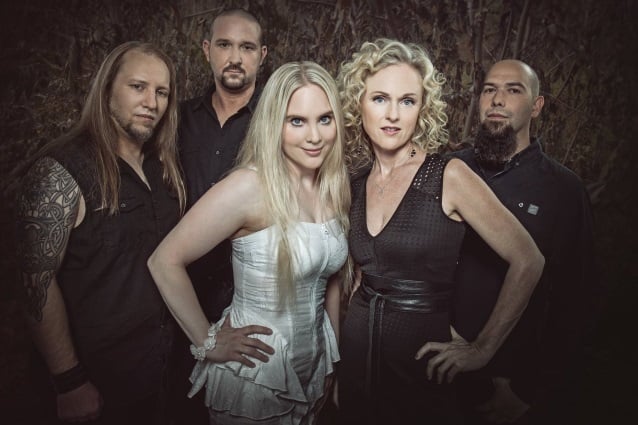 Commented MIDNATTSOL: "Some time ago, we discussed with Liv that she would support us on our upcoming album as a special guest. Working together, we found out that not only the result is awesome — we also have a lot of fun together. The logical consequence was that we pick up Liv as a permanent member of the band. So she is now the official second singer in MIDNATTSOL.

"We have already recorded Liv as the second voice on some songs for the next album. Liv will also have her own parts in some songs, so these songs will be more like a duet of the two sisters. We think the results will blow you away.

"As Liv is now a permanent band member, we plan to play upcoming concerts together with her. We are very happy and it means a lot to us to have such an amazing singer and fantastic person in our MIDNATTSOL family."

A snippet of a new MIDNATTSOL song called "Purple Sky" is available below.

MIDNATTSOL's upcoming album will be the band's first since 2011's "The Metamorphosis Melody".

More recently, Carmen was involved in a project called SAVN, also featuring two members of THE SINS OF THY BELOVED.

Liv was fired from LEAVES' EYES in early 2016 and was replaced by Elina Siirala. Liv was previously married to LEAVES' EYES' co-vocalist Alexander Krull.