Singer Mike Howe is heading back into the studio this weekend to finish up the last of the vocal tracks for the new METAL CHURCH album. He says: "It's taken a little longer than we expected, but the end result is better than we could have ever hoped for! You are going to love this!"

Audio snippets of two new METAL CHURCH demo tracks, "Find Your Way" and "Killing Your Time", are available in the YouTube clip below. Both songs will be included on METAL CHURCH's forthcoming album, to be released in early 2016 via Rat Pak Records. The tracks feature the lineup of Mike Howe (vocals), Kurdt Vanderhoof (guitar), Jeff Plate (drums), Steve Unger (bass) and Rick Van Zandt (lead guitar).

Howe, who fronted METAL CHURCH from 1988 until 1994, officially rejoined the band in April.

In the summer of 2014, METAL CHURCH suddenly found themselves in need of a new singer. As fate would have it, guitarist Kurdt Vanderhoof was already in talks with Mike for another project that he was working on with SAXON drummer Nigel Glockler, so he decided to ask Mike to rejoin METAL CHURCH. Mike agreed, but true to form, didn't want to make it official until he knew for sure that the integrity of the new material was there.

Said Mike: "I didn't want to come back to METAL CHURCH just for nostalgia. It had to be for the right reasons. It had to be the best stuff we've ever written together or it just wouldn't be worth it to anyone, especially the fans."

Soon after, Kurdt and Mike began exchanging ideas and writing new material with the band. The end result sounds like "classic Mike Howe-era METAL CHURCH," according to Vanderhoof. "It's both heavy and melodic. Mike sounds the same as he did 20 years ago.

Drummer Jeff Plate commentws: "Mike Howe is the ONLY singer for METAL CHURCH. He has a reputation of complete honor and respect. We can now take METAL CHURCH to the next level!"

Howe originally joined METAL CHURCH in the late '80s and released three albums with the band: "Blessing In Disguise" (1989), "The Human Factor" (1991) and "Hanging In The Balance" (1994). Mike was also the face of popular music videos "Date With Poverty" and "Badlands" that aired during MTV's heyday. 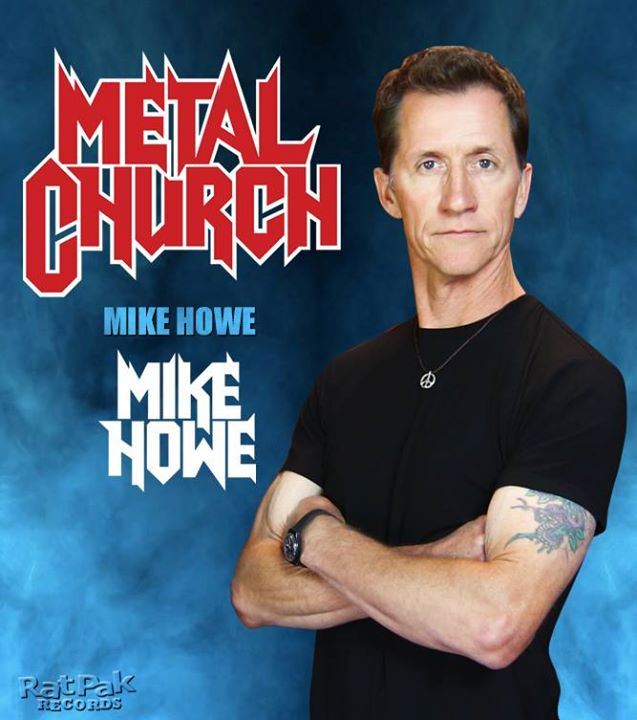