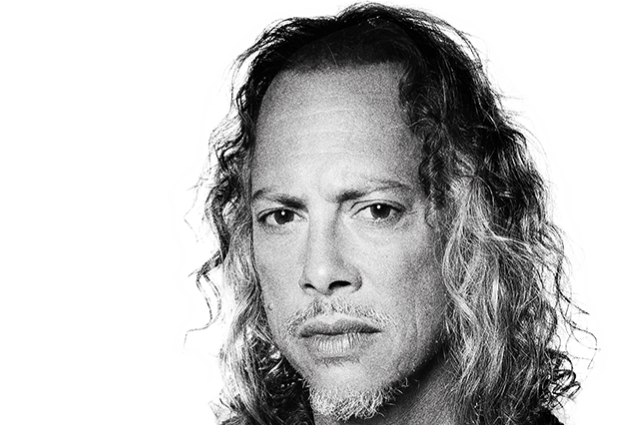 According to Realtor, one of two properties METALLICA guitarist Kirk Hammett once called home in Sea Cliff, a neighborhood in northwestern San Francisco, California, had its asking price reduced from $13 million to $11.9 million. The home, located in an exclusive enclave by the beach, first came on the market last year.

Built in 1926, the 5,200-square foot home has four bedrooms, 4.5 baths, formal living and dining rooms, an updated kitchen with granite counters with a breakfast nook and lounge area, and a large family room with a media center.

Hammett first listed the home in 2017 for $16 million, then dropped the price a couple times before pulling it off the market. Hammett also owned neighboring home that sold for $12.8 million in March 2018.

Asked by Atlanta, Georgia's Rock 100.5 radio station if it ever gets old being a millionaire, Hammett responded: "You know, it just comes with a whole bunch of different problems, bro. And you know what? I'm not very good with saving money. [I spend it on] comic books and movie posters and horror stuff and guitars. I live my life. I just fucking live my life. And I'm generous. The people who are around me experience what I'm experiencing while I'm experiencing it."

METALLICA kicked off the 2018/2019 U.S. leg of the "WorldWired" arena tour back in September in Madison, Wisconsin. The trek will resume on January 18 in Tulsa, Oklahoma.