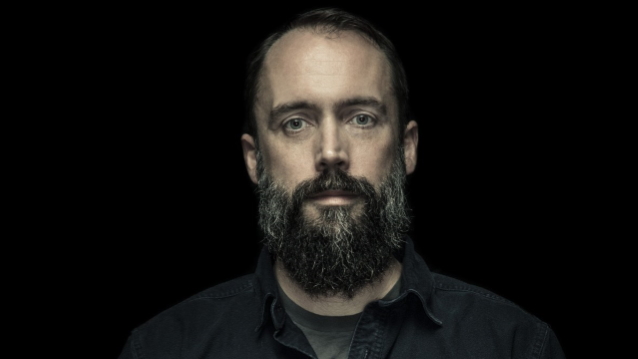 During an appearance on the latest episode of the "Hardcore Humanism With Dr. Mike" podcast, CLUTCH frontman Neil Fallon was asked if he would agree that there is something unique about the fervor of CLUTCH fans. He responded (as transcribed by BLABBERMOUTH.NET): "I would. And it's always hard for me to comment on, because I've been to every single CLUTCH show, but I've never seen CLUTCH in the capacity that they have. And I've never listened to CLUTCH in the same way like a song done out of the box; I'm so over my head with it, it's hard to be objective about it.

"I think there's some parallels that I've kind of thought about over the years with us and RUSH in some ways. RUSH — we may be very musically different on the spectrum of rock and roll, but there's a sense — and I heard Geddy Lee say this, or I think it was Geddy Lee — that RUSH fans have a sense of ownership in the band. Almost like they're shareholders — emotional shareholders.

"Sure, RUSH has had hits. We've had a couple of things that might have remotely resembled a hit, but not played on radio or anything like that. And I think because of that, it took a lot longer to build up a fanbase, mostly because of word of mouth.

"And I've said this before in other interviews — I think one of the worst things that can happen to any artist or band is a huge hit right out of the gates. More often than not, it destroys a band, because the bar gets so high, and then they wanna meet that, and more often than not, they never do.

"With us, it's been a marathon and not a sprint. And our fans have kind of been along for the ride. I mean, I've seen people that have met and married, people that met at CLUTCH shows, and now they're bringing their kids. And it's pretty gratifying.

"I think sincerity, too. What you see if what you get. I would hope that that honesty is what a lot of people latch on to."

Last December, CLUTCH guitarist Tim Sult told the WSOU radio station that the band will likely enter the studio this fall to record the follow-up to 2018's "Book Of Bad Decisions" album.

Regarding CLUTCH's musical approach this time around, Tim said: "We're just gonna do what we always do — we're gonna write songs and just keep playing them until every member of the band likes it and agrees on it.

This past September, Gaster confirmed to the "Cobras & Fire" podcast that he and his bandmates have slowly commenced the songwriting process for the next CLUTCH album.

"Book Of Bad Decisions" was recorded at Sputnik Sound studio in Nashville, Tennessee with producer Vance Powell. The record sold 26,000 copies in America during its first week of availability, giving the group its third consecutive Top 20 album on the Billboard 200.

The latest edition of CLUTCH's "Live From The Doom Saloon" streaming concert series took place in December. The event saw the band playing a 15-song set of its classics as voted by the fans.