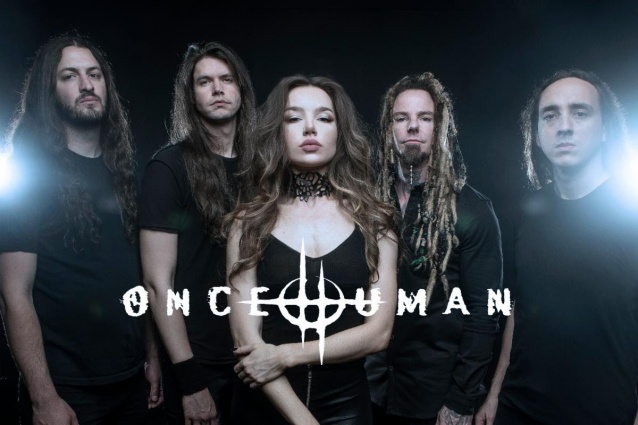 ONCE HUMAN has released "Erasure", the fourth single from the band's upcoming "Scar Weaver" album, due on February 11.

ONCE HUMAN vocalist Lauren Hart states: "'Erasure' is a song about blood diamonds. It's about the clear-cut, horrific message that a rock is worth more than a life to their producers. Although today there are human rights laws and regulations that have eased the violent unearthing of these stones, it is still happening in certain parts of the world. My heart broke as I dove into the meaning of why it's called a 'blood diamond', and I felt compelled to tell its story."

Pieced together over the last two years, "Scar Weaver" represents a massive step forward for the band. Blessed (or perhaps cursed) with plenty of additional time during last year's lockdown situation, the band have been able to refine and redefine their sound, inspired by a sudden creative surge from latest recruit Max Karon. The result is a gloriously idiosyncratic modern metal record, with Hart's career-best vocal performance just one of its dazzling revelations. With ONCE HUMAN's most intense and explosive music to work with, the singer has pushed herself to new heights, showcasing a vastly expanded vocal range in the process.

As its title suggests, "Scar Weaver" is an album that brims and bulges with notions of pain, trauma and darkness. Lauren has once again penned a stunning collection of emotionally raw diatribes, but in contrast to "Evolution"'s overriding concept, the new record takes a more scattershot approach, reflecting the chaos of the modern world along the way. From visceral opener "Eidolon" to the corrosive claustrophobia of the closing "Only In Death", all human life is alive and screaming on "Scar Weaver".

One instant highlight of the new ONCE HUMAN record is preview single "Deadlock", featuring a typically imperious vocal cameo from MACHINE HEAD's Robb Flynn. ONCE HUMAN guitarist Logan Mader's history with MACHINE HEAD is well documented, not least in recent times when he toured the globe with Robb for the San Francisco Bay Area band's "Burn My Eyes" 25th-anniversary tour. As a result, this new collaboration needs no explanation, but Lauren remains thrilled by the whole experience.

"It was absolutely amazing. Are you kidding?" she grins. "I didn't believe it was happening until he sent something back and I heard his voice on our song. I was like, 'Holy crap! This is real!' He came back with a new chorus and it was so much better than mine, so my chorus was gone! [Laughs] But then performing with him in the video, that was insane. The energy he brings on stage, he brings in person too. It was a great experience and his energy is so powerful. The video came out amazing!"

As the world begins to open back up, ONCE HUMAN, fresh off CRADLE OF FILTH's "Lustmord And Tourgasm" tour, are in the strongest position of their careers so far. "Scar Weaver" is a manifestly superior piece of work, with countless unforgettable hooks, riffs and moments of warped savagery (if the riff at the end of "Deserted" doesn't make you want to run through a brick wall, check your pulse!) colliding to create a record of true originality and rare intensity.

"We've gotten through so many things along the way, we're in a really strong place," Logan avows. "Nothing can fuck us up now. That's an important factor in this band — that internal energy."

The perfect, invigorating antidote to the state of stasis that we've all endured over the last two years, "Scar Weaver" is the sound of a great band becoming greater, hitting their stride and discovering new levels of power, passion and punch in the process. As the world begins to open its doors once more, ONCE HUMAN are fully equipped to launch their biggest and most life-affirming assault on the world's senses.

"We have an amazing record, we're ready to crush it, we have a really good chemistry between all of us," says Logan. "We're really good friends, and that's really important. I think you can feel that when you see us onstage, like, 'These guys are actually happy to be here and they like each other!' That's a bonus. It doesn't have to be like that. But luckily, we have a really cool, strong bond. It's so important for us to get out there and connect with people in a real-life environment."

Formed in 2014, ONCE HUMAN has steadily established itself as one of the most distinctive and destructive metal bands of the modern era. Founded by Mader and Hart, the quintet has had noses to the grindstone throughout its existence, exhibiting a tireless dedication to live performance and a meticulous approach to capturing their crushing anthems for posterity.

Over the course of two full-length albums — 2015's widely hailed debut "The Life I Remember", and 2017's conceptual tour de force "Evolution" — ONCE HUMAN has pursued a militantly individual path, eschewing contemporary cliché in favor of a versatile and sinewy new strain of brutal but accessible metal, with Lauren's coruscating vocals providing an endlessly emotive and humane focal point.

Four years on from their last album, ONCE HUMAN is primed and ready to launch a fresh assault on hearts and ears. With a lineup completed by long-time bassist Damien Rainaud, drummer Dillon Trollope and second guitarist (and now chief riff writer) Max Karon, the band has mutated into an even more devastating beast, as demonstrated with face-ripping aplomb on "Scar Weaver". 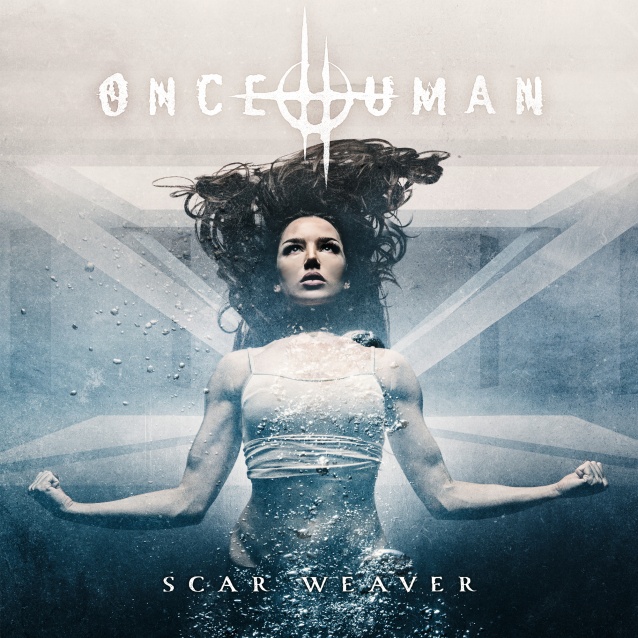