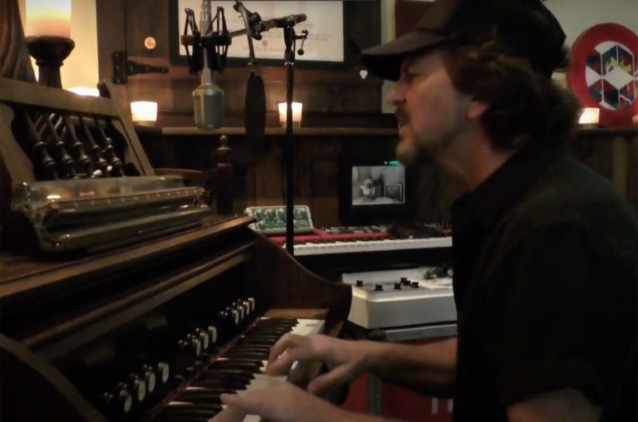 PEARL JAM frontman Eddie Vedder performed a solo version of the band's "River Cross" song at the "One World: Together At Home" benefit event on Saturday night (April 18). The track appears on PEARL JAM's latest album, "Gigaton", which was released on March 27.

The two-hour global special was presented by the Global Citizen international advocacy organization in conjunction with the World Health Organization (WHO), and curated in collaboration with Lady Gaga.

"One World: Together At Home" is an initiative that provides all-star talent with a platform to entertain, address, and perform for their fans while educating millions of viewers worldwide about the WHO's mission to prevent, detect, and respond to the COVID-19 pandemic.

"Gigaton" debuted at No. 5 on the Billboard 200 albums chart.